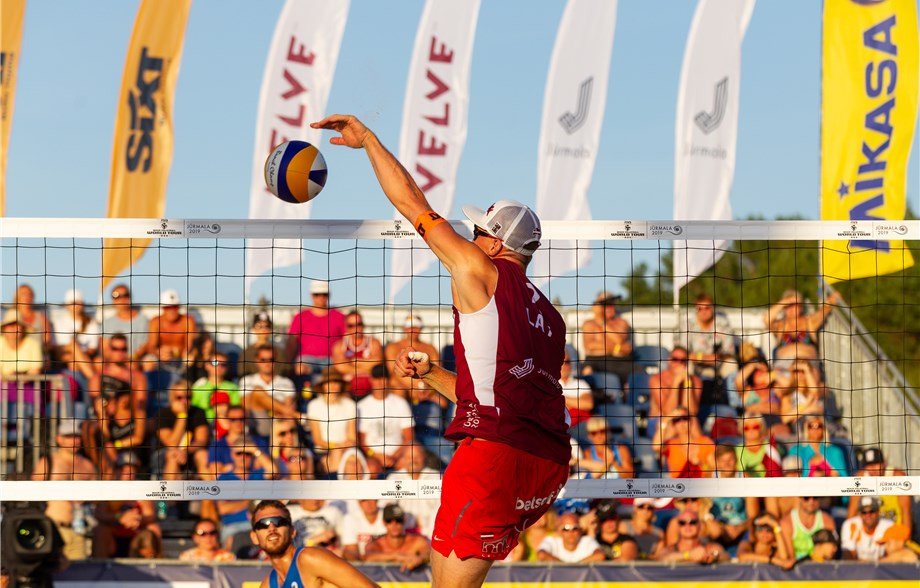 The duo had had won last weekend's four-star World Tour event in Moscow and reached the Majori Beach final with a straight sets 21-13, 21-17 victory against Germans Armin Dollinger and Eric Stadie.

In the final they edged a tight first set against Estonian pair Kusti Nõlvak and Mart Tiisaar before wrapping up a 23-21, 21-14 triumph.

"All these people they love us and I love them and even if we lose, I know everyone will be happy that we bring this beach volleyball party here to Jurmala," said Samoilovs prior to the Latvians' last four match.

"I’m really proud of the city, that such a small city can have such big events and I believe in the future they will have even bigger tournaments."

Nõlvak and Tiisaar faced elimination in their semi-final before fighting back to win 19-21, 21-15, 21-14 against Aliaksandr Dziadkou and Pavel Piatrushka of Belarus.

Dziadkou and Piatrushka won the battle for bronze 21-19, 21-16 against Dollinger and Stadie.