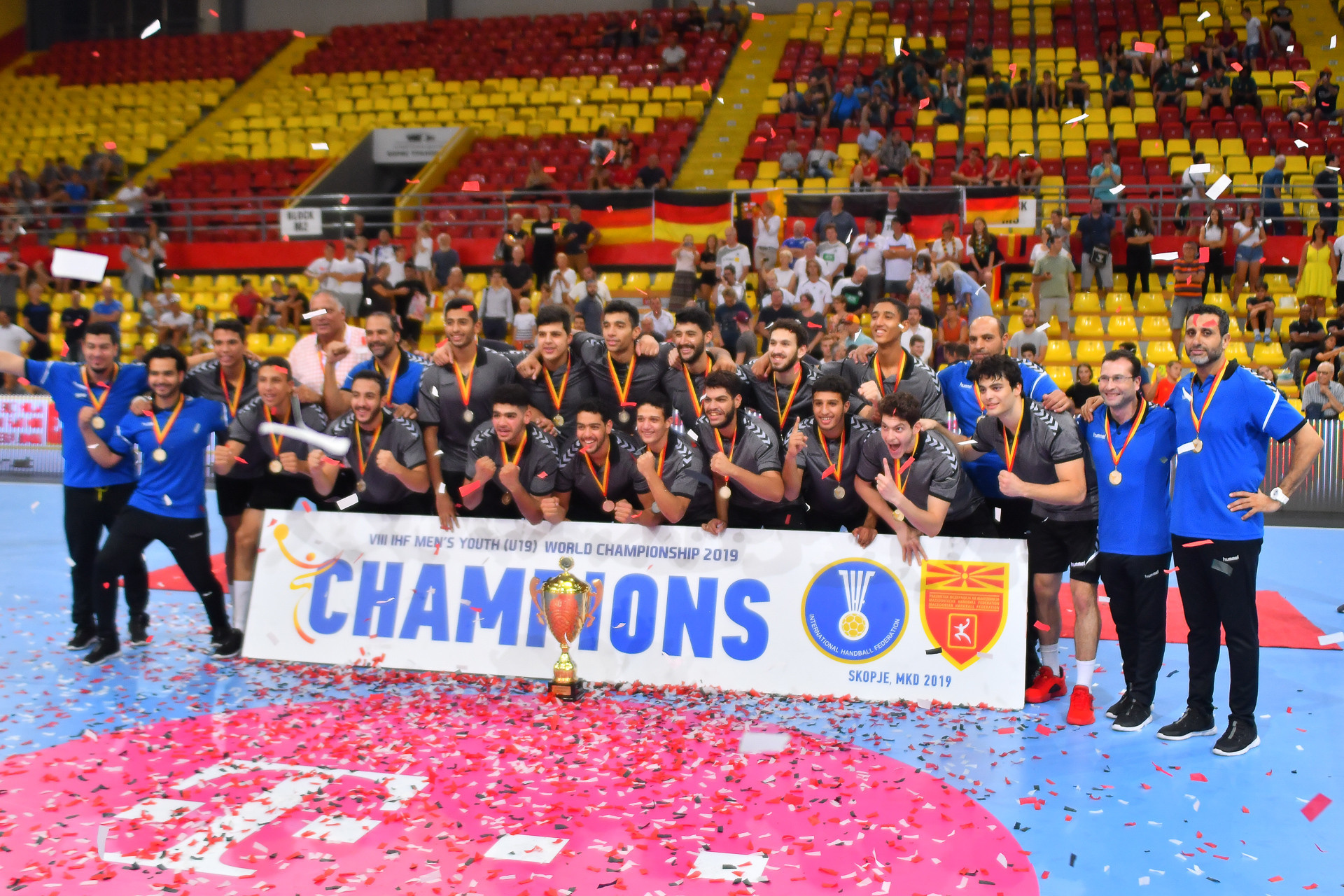 The famous victory came after a swift start at the Boris Trajkovski Arena in North Macedonia's capital Skopje, with the Egyptians 14-8 in front after 20 minutes.

Germany, who at one point played with seven attacking players, did battle back but the lack of goalkeeper support was an issue for them and Egypt always had too much in the tank.

Ahmed Hesham and Hassan Walid both scored eight goals for the victors who are the first side from outside Europe to lift the under-19 trophy.

Yessine Meddeb led the scoring charts for Germany with seven strikes as his country added silver to the bronze they won in 2013.

Neither side had ever reached the final of the tournament before.

Egypt's only defeat this year was their loss in the group stage to defending champions France, who had been hoping for a third title in a row before losing to Portugal in the quarter-finals.

"I think our secret is the big heart," said Egypt's Hussein Ali Zaki.

"All European teams are very strong.

"When our guys lost against France, we tried to calm down then and to share our experience.

"After that match, we won all the other matches, and this success will be one step up in our careers."

Hesham ended as the tournament's top scorer with 51 goals and was named as the most valuable player.

Portugal were a surprise package as they did not qualify outright for the tournament and were only playing with a wildcard due to the absence of any side from Oceania.

Their hopes of finishing with a medal ended as Mads Hoxer scored 10 times for the Danes, who have now won bronze at two consecutive tournaments.