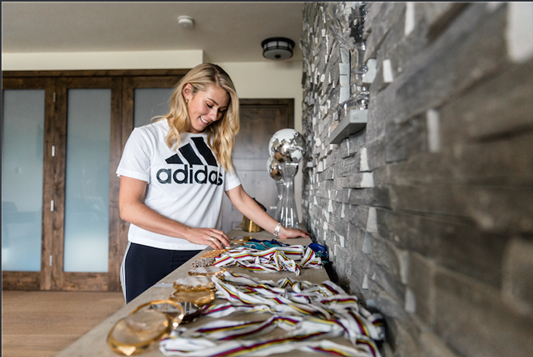 The 24-year-old double Olympic gold medallist and five-time world champion will be supplied with training wear, including footwear and clothing, under the terms of the deal.

Shiffrin will be expected to feature in "global brand initiatives" as part of the agreement.

Adidas also claim Shiffrin, one of the most recognisable women's skiers in the world, will help inspire the next generation of athletes through the partnership.

"Off the mountain, I basically live in shorts and leggings, so it’s really important for me to partner with a global company that sees the value in combining performance, style, and comfort, and has a strong mission and vision," Shiffrin said.

She went on to clinch giant slalom gold at last year's Winter Olympic Games in Pyeongchang and earned silver in the slalom.

Shiffrin sits fifth in the list of all-time World Cup victories among men and women with 60.

The American star has won the women's overall Alpine Skiing World Cup title for the last three seasons and is the youngest racer to reach 50 victories on the circuit.

"We are excited to welcome Mikaela to the Adidas family," Adidas chief executive Kasper Rorsted added.

"Mikaela adds to our fantastic roster of creators and outdoor athletes and she’ll help us to inspire millions of consumers in the United States and around the world."