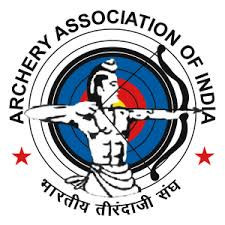 World Archery has suspended the Archery Association of India (AAI) after the national governing body failed to resolve its ongoing governance crisis.

The AAI had been given a deadline of the end of July to rectify its issues, sparked by a faction within the organisation which caused the body to hold two separate elections in direct defiance of World Archery's guidelines.

Arjun Munda was elected AAI President in New Delhi, while BVP Rao was voted into the same position at a different meeting held on the same day in Chandigarh.

The AAI was given until the end of last month to come to a solution but the body failed to do so, forcing World Archery to suspend the organisation.

The decision plunges Indian participation in major events into doubt but World Archery warned athletes from the country could compete at the World Archery Youth Championships in Madrid, due to open on August 19.

A five-member committee to oversee the AAI's affairs will be established following a Delhi High Court ruling until fresh elections are held.

According to the Times of India, World Archery has opened the door for the suspension to be conditionally lifted by the end of this month if a "clear roadmap" is put in place.

In a letter to Indian Olympic Association (IOA) secretary general Rajeev Mehta and obtained by the Times of India, World Archery secretary general Dielen warned, however that "rapid progress" would need to have been made if the suspension is to be lifted.

"We will now work with the IOA and Indian Government to try to establish a transitory committee, with representatives from all sides, to handle urgent matters," Dielen said in a statement.

Indian athletes could also miss the Asian Championships and Asian Para Championships if the situation is not resolved by the end of this month.

World Archery's Executive Board "will decide what can be done to preserve the chances of Indian athletes participating in the Asian Championships and Asian Para Championships", Dielen added.

Indian archers were permitted to compete at the World Cup in Berlin and the recent test event for next year's Olympic Games despite the crisis at the AAI.