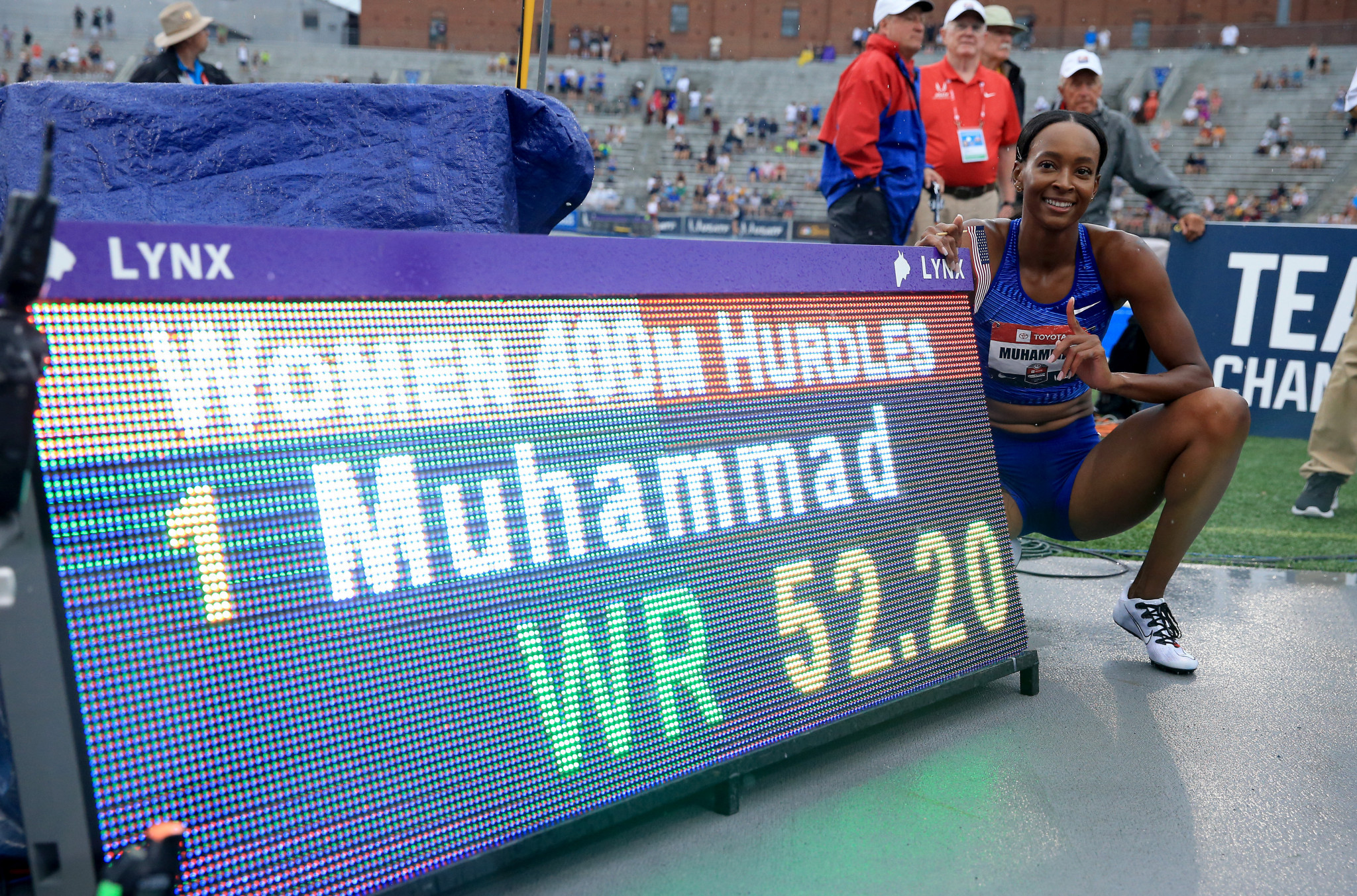 Olympic champion Dalilah Muhammad broke the world record in the women's 400 metres hurdles on the final day of the United States Outdoor Track and Field Championships in Des Moines.

Muhammad's time at Drake Stadium in the Iowa city came on a wet track and after she suffered mild concussion two weeks ago following a fall in training.

"My coach kept telling me it was there," the 29-year-old, running in lane four, told NBC after the race.

"I just had to trust that and go for it.

"I wanted it so bad, I knew I had to go out there and prove myself."

The US Championships were used to select the country's athletics team for the World Championships in Qatar's capital Doha in September and October.

Muhammad will be favourite for a first global gold after winning silver at the last two editions in 2013 and 2017.