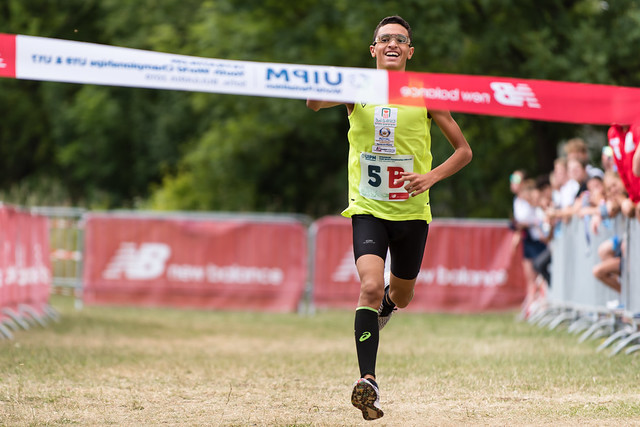 Ivan Shalupin of Russia became the individual under-19 world champion after a thrilling men’s final, while silver medallist Adham Fouda led Egypt to team gold, the African nation’s fifth title of the Championships.

Russia finished with the most medals across the two age groups – eight, including three golds – while Egypt managed one silver and one bronze alongside their five golds.

One of the stars of the Championships was undoubtedly Moutaz Mohamed, who teamed up with fellow Egyptian Malak Ismail on the final day to add under-17 mixed relay gold to his men’s individual and men’s relay titles.

In the under-19 men’s final, Vladyslav Chekan of Ukraine took an early lead with a swimming time of 2mins 3.37sec, followed by Jakub Malecek of Czech Republic and Mathis Rochat of France.

The best performing fencer was Federico Alessandro of Italy, ahead of Fouda and Shalupin.

An epic contest in the laser run saw Shalupin overcome a starting deficit of 27 seconds to claim gold, winning by six seconds from Fouda, with Márk Manó Gyurka of Hungary picking up bronze a further second behind.

“My ambition was to win a medal – gold, silver or bronze – because I have achieved good results in all areas of modern pentathlon,” Shalupin said.

In the team event, Egypt topped the rostrum, with Hungary claiming silver and France bronze.

The under-17 mixed relay saw Hungarian duo Lili Basa and David Paczai set the pace in the pool on 2:01.56, fractionally quicker than Lizaveta Yezheleva and Ivan Pryktou of Belarus.

Ismail and Mohamed started with a two-second deficit but their laser run proficiency was such that they won gold by 12 seconds from Germany’s Esther Fernandez Donda and Moriz Klinkert, with Britain’s Annabel Denton and Sam Cobb a further eight seconds back.

“The competition was so strong and I feel tired now.

“Our goal is to take part in the Youth Olympic Games in Dakar in 2022.”

He said: “I would like to congratulate Andrey Kuzmanov, President of the Bulgarian Modern Pentathlon Federation, and his team for the excellent organisation of this event.

“I also pay tribute to the great work of the UIPM staff team, working in harmony with the organising committee to produce an unforgettable Championships.

“We are delighted to have our first under-17 world champions and medallists standing alongside their under-19 counterparts.

“It has been wonderful to share this experience with so many happy, young pentathletes who came to Sofia from about 40 nations across six continents.”