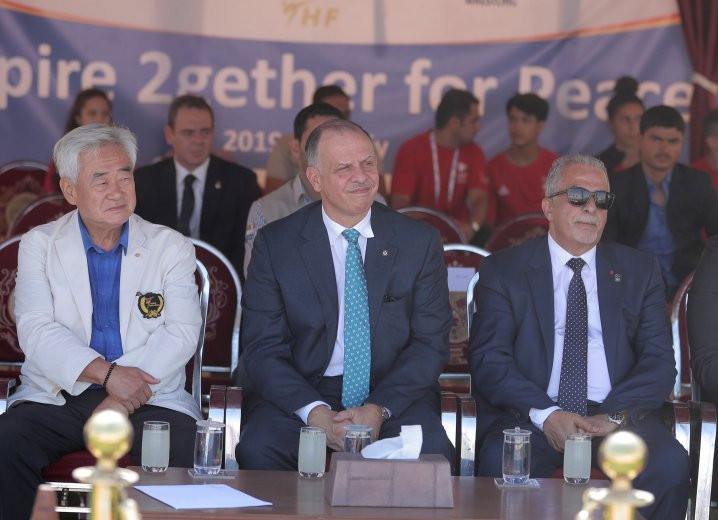 The pair met at the Taekwondo Humanitarian Foundation's (THF) Academy which works with youngsters displaced by the conflict in Syria.

This followed a Memorandum of Understanding signed between the three parties in October to promote humanitarian, peace and social-development initiatives.

Table tennis, judo, hockey and badminton have signed similar partnerships to use the Academy to promote their sports.

Choue was in Jordan to also attend the Asian Championships for junior, cadet, Para and poomsae athletes in Amman.

The South Korean officially announced his plan to establish the THF in his speech at the United Nations headquarters in New York City, on the 2015 International Day of Peace.