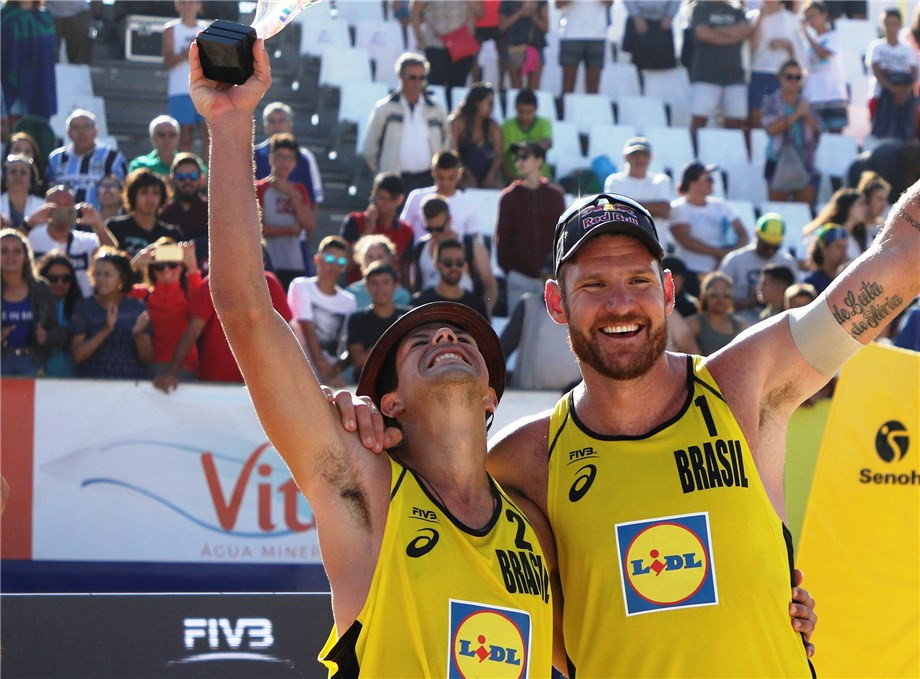 The triumph for the Brazilian duo saw them add to the first gold medal they claimed as a team at the Kuala Lumpur three-star in May.

"We are very happy with this gold medal, because we only started playing together three months ago," said Cerutti, who clinched the Olympic gold medal with Bruno Oscar Schmidt at Rio 2016.

"We had a win in a three-star tournament and in a four-star, which is very good.

“Playing here at Espinho is great because the Portuguese people are a lot like the Brazilian people and they live through these beach volleyball games with their hearts."

Latvia's Martins Plavins played through the pain as he partnered Edgars Tocs to the bronze medal.

Plavins sustained a foot injury in their clash with Chile's Marco and Esteban Grimalt but was instrumental in the Latvian pair's 21-17, 21-17 success.