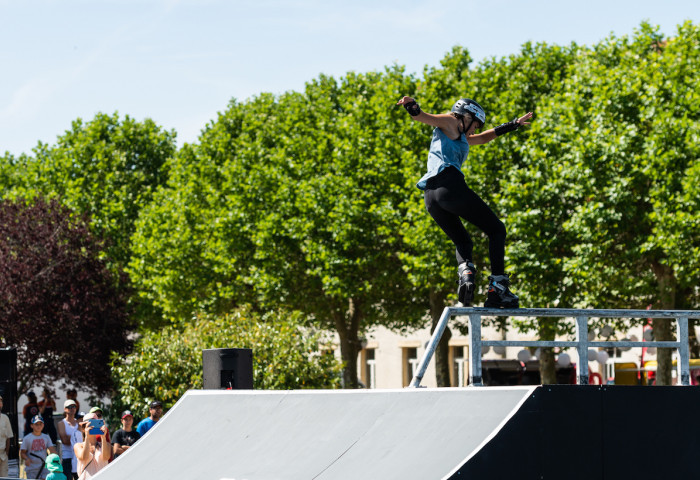 Switzerland's Nikita Ducarroz underlined the validity of her golden ambitions for the Tokyo 2020 Olympic Games as she won the BMX freestyle park final in the second and final leg of the International Festival of Extreme Sports (FISE) European Series in Châteauroux, France.

Having finished top in the previous day’s qualifying, Ducarroz earned the honours – and more points towards securing her country a qualification place at Tokyo 2020.

Ducarroz, fifth on the International Cycling Union World Cup rankings for the discipline, was followed home by another Olympic contender, Argentina’s Analia Zacarias.

In the wake of the newcomer from Marseille came compatriots Anaëlle Nogueira, and Manon Derrien.

But it was Leonce who took the main prize today ahead of Pellaud, with Bouzid finishing third.

France’s Diako Diaby won the freestyle rollerblading title after putting early pressure on his rivals with a first-run score of 90.66.