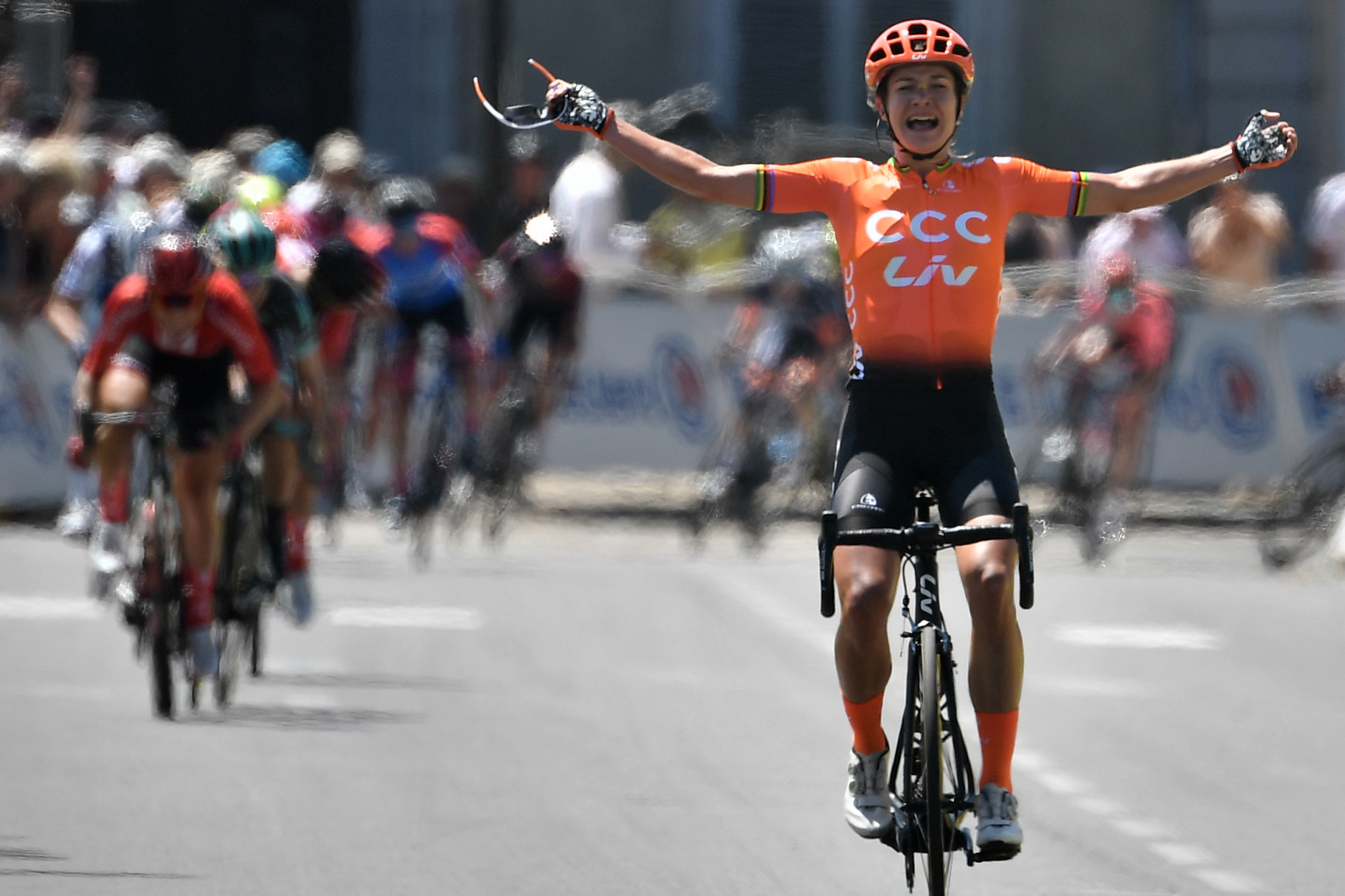 The Netherlands’ Marianne Vos claimed her second La Course title with a sensational late surge up the final climb in Pau today.

Australia's Amanda Spratt of Mitchelton-Scott thought she had victory in the bag after a long solo breakaway, but she was caught and overtaken by CCC-Liv's Vos with 350 metres to go, at the top of the last wall.

Vos prevailed in 3 hours 15min 20sec on the 121 kilometres course, held on the same circuit around Pau as the Tour de France time trial.

Canada’s Leah Kirchmann of Team Sunweb and Denmark’s Cecilie Uttrup Ludwig of Bigla both finished three seconds behind, in second and third, respectively.

Vos, the London 2012 Olympic road race gold medallist, arrived at the sixth edition of the event having won four stages of the Giro Rosa, including the final one in Udine on Sunday (July 14).

Her victory today comes five years after taking the inaugural edition of La Course on the Champs-Élysées.

"I won five years ago and to win again on a different circuit is a very special feeling."

Both van Vleuten and van der Breggen, the 2015 champion and last year's runner-up, were seven seconds back.

Australia's Chloe Hosking of Alé Cipollini was way down in 83rd place, three years after she triumphed at the event.