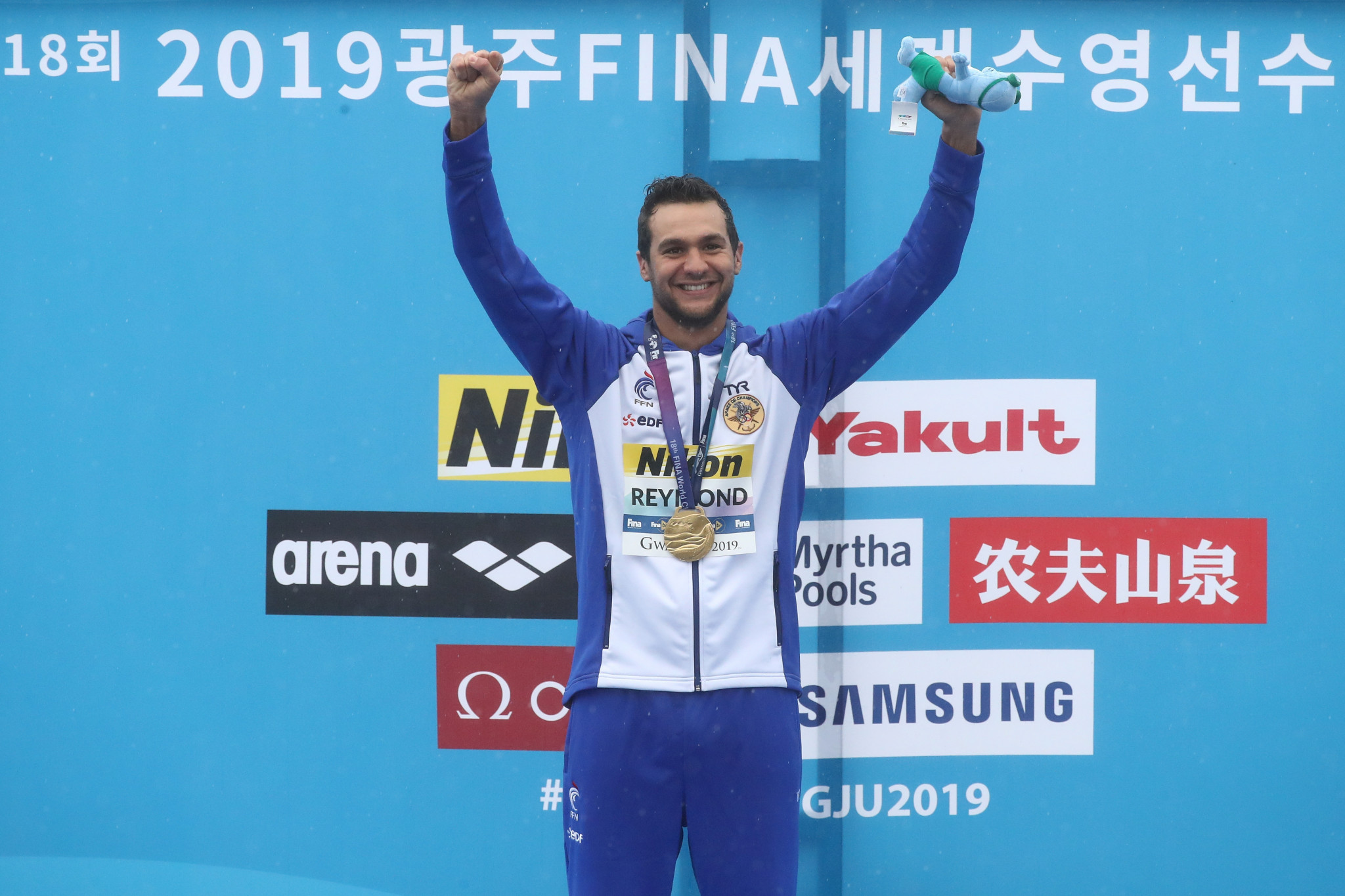 The race was marred by rainy conditions as officials kept a close eye on the impending storms and the safety kayaks often encountered difficulty to stay close to the athletes.

"During the race, I tried to stay in the group and then made a move to get into the first position and see how the group responded to my first acceleration," said Reymond.

"I would swim into first and then I would ease off on the pace and drop back into the group so that I wasn't doing all of the work.

"It was my strategy towards the end of the race to swim to the left and I was not even sure it would work, but I thought it was the best plan.”

Ana Marcela Cunha of Brazil took the women's title in 5:08:03.00 as she followed up her 5km success from Wednesday.

It was the 27-year-old's fifth gold and 11th World Championship medal since 2011.

Germany's Finnia Wunram was eight seconds behind in silver while Lara Grangeon of France claimed the last step on the podium in 5:08.21.20, as she edged out compatriot Lisa Pou.

The final pool matches of the men's water polo tournament saw Hungary qualify for the quarter-finals with a 23-5 victory against South Africa in Group C.

Despite their loss at Nambu University Grounds, South Africa also progressed to the knockout phase with two late goals seeing them through on goal difference at the expense of New Zealand.

Japan had an 8-3 lead pulled back to 9-6 against Brazil but survived the scare to seal an 11-9 triumph in Group D.

Italy battled back from behind to win against Germany 8-7 to secure their passage through the group.

China recorded a 1-2 in the women's 3m springboard final as their diving domination continued in Gwangju.

Tingmao Shi topped the podium with a score of 391.00 with compatriot Han Wan claiming silver on 372.85 points.

The bronze was won by Australia's Maddison Keeney who scored 367.05.

Jian Yang and Hao Yang are in the driving seat to add to the Chinese medal chest as they topped the standings in the men's 10m platform semi-finals.

Jian Yang claimed the number one rank with a score of 573.35 with his compatriot scoring 572.30 in second place heading into tomorrow's final.

Britain's Tom Daley was the best of the rest almost 70 points behind, scoring 505.40 to qualify third.

Russia also qualified in first place in the preliminary round of the mixed free contest with a score of 93.100.