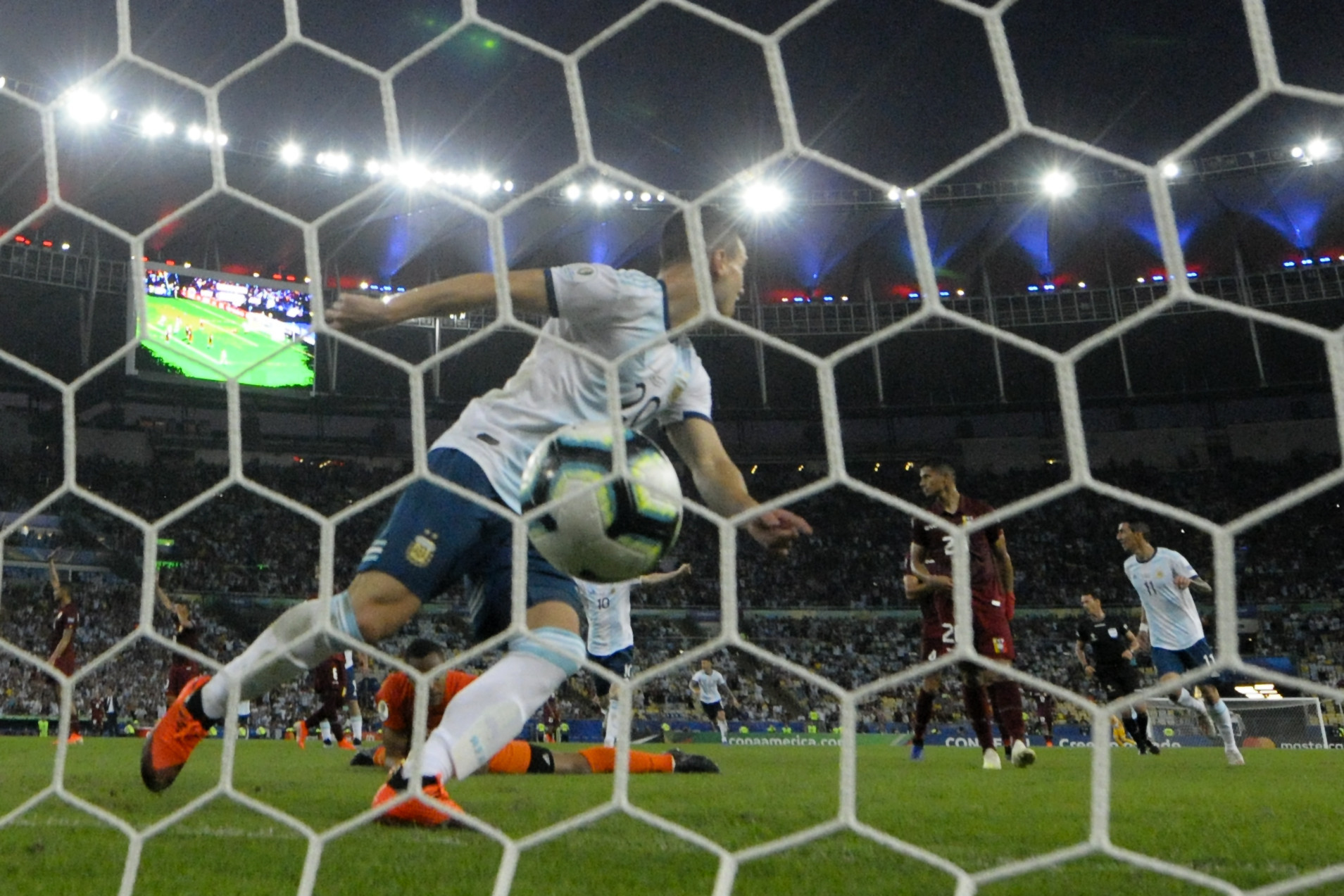 Argentina set up a mouth-watering semi-final against hosts Brazil at the Copa América with a much-improved 2-0 victory against Venezuela at Maracanã Stadium in Rio de Janeiro.

Lionel Scaloni's side had a stuttering start to their campaign with a defeat against Colombia and a draw with Paraguay but they were firing on all cylinders in Rio as Lautaro Martinez scored for a second game running.

Just 10 minutes were on the clock when he diverted a Sergio Agüero strike home with a clever flick.

Venezuela did not roll over, though, and a fine save from Franco Armani in the Argentine goal prevented Ronald Hernández from levelling midway through the second half.

Giovani Lo Celso eased the nerves for Argentina on 75 minutes with a tap-in after Venezuela goalkeeper Wuilker Faríñez allowed an Agüero effort to squirm out of his hands.

Argentina's victory sets up a first Copa América clash with Brazil since the final in 2007, which they lost 3-0.

Reigning champions Chile booked their place in the semi-finals with a nervy penalty shootout victory against Colombia in São Paulo.

During a feisty 90 minutes, Chile were forced to stay calm as two Video Assistant Reviews (VAR) decisions went against them at Arena Corinthians.

The defending champions thought they had opened the scoring when Charles Aránguiz poked home on 15 minutes but it was chalked off after referee Nestor Pitana used VAR to determine that Alexis Sánchez had strayed offside in the build up.

After 120 minutes, the match remained goalless and with the shootout level at 4-4, Colombia's William Tesillo fired wide.

Up stepped Chile's talismanic winger Sánchez to put the reigning champions through as they bid for a third consecutive Copa América crown.

Uruguay or Peru meet in the last of the quarter-finals tomorrow.