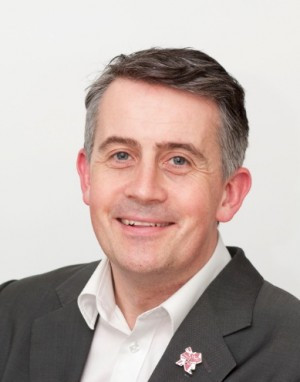 Welcome to the last day of the "Big Bid" era for the Olympic and Paralympic Games and other major sports events.

Tomorrow, either Milan Cortina d’Ampezzo or Stockholm Åre will be elected as host of the 2026 Winter Games - and the final campaign of its kind will be done.

The electric atmosphere of an election day, the theatre of the final presentations and the dramatic denouement of the secret ballot will all be gone, for now and probably forever.

With no bid needed for the 2028 Olympics, as Los Angeles is already in place, the International Olympic Committee (IOC) is taking the chance to overhaul the process.

Recommendations from an IOC Working Group, set to be rubber-stamped later this week, will see the introduction of a package of measures, designed to make that process less of an election, more of a conversation. The key decision-making body will be a new commission to lead discussions with possible hosts.

IOC President Thomas Bach has admitted that: "One of the cities we could be talking with could be considered to be so outstanding by this ‘future hosts’ commission… that in fact it could be just one candidate."

To be fair, he also dismissed suggestions that the changes would mean the complete end of head-to-head contests: "If the situation is… that we see such a competition makes sense and the candidates appreciate this competition, then, yes, the door is open."

But, even if there are some, more limited, smaller bid campaigns in the future, overall there is no doubt that a new era is upon us. In fact, it’s been coming ever since Budapest became the fourth of six cities bidding for 2024 to drop out, leaving Los Angeles and Paris to work with the IOC to achieve the so-called "win-win-win" deal for 2024 and 2028.

At the same time, the trend for other major events to avoid bidding races has been growing. The International Association of Athletics Federations, for example, now chooses hosts for its World Championships by assessing its strategic goals for growing the sport, then targeting cities from countries and regions that will best support the delivery of those aims.

When you add in the comments of IOC member John Coates, who chairs the Working Group on bidding, on cities facing public votes, you sense how much things are changing: "If you come from a country that requires a referendum, come to us after you’ve had the referendum." Goodbye many, many cities.

Like all of those who worked through the Big Bid era, I’ll look back with some good and sometimes remarkable personal memories: the drama and teamwork of London 2012’s win in 2005; the tears of Pelé and President Lula after Rio’s victory for 2016; even an awkward hug with Boris Johnson after London won the right to host the 2011 World Athletics Championships.

Few bid veterans readily admit to the less good memories, but I’ve got plenty of those too: the beautiful city of Annecy being humiliated in the 2018 Winter Olympic race; the superb team at the Irish Rugby Union losing out on the 2023 Rugby World Cup; and, most galling, the culmination of the FIFA World Cup bids for 2018 and 2022, when, as first news of England’s heavy defeat started coming through, I turned to a colleague and said: "This can only get worse if Qatar win…"

It was 20 years ago that the era of Big Bids began, as the IOC introduced a revised bidding system in response to the scandal of corruption around Salt Lake City’s election to host the 2002 Winter Olympics.

Out went private member visits to bidding cities, and fairly relaxed procedures. In came a ban on visits, a powerful IOC Evaluation Commission to examine bids on behalf of the members and a highly-regimented bid process.

The early winners under the new process - especially Vancouver 2010 and London 2012 - had a number of things in common: charismatic leaders, a clear vision for what they wanted to achieve and strong legacy plans.

But it’s clear that those sort of Games - heavy on building, especially in London’s case, are gone. Even if they were suggested now, a referendum would likely kill them off before they even got to the starting line with the IOC. It's very hard to see many cities from in Western Europe and North America - the two traditional homes for the Games - bidding in the near future.

What might also be lost under the new system is that crucial focus on vision. It was the competition of the bidding that led to such emphasis on defining why you wanted the Games - and what you hoped to achieve through and with them. Without it, there is a danger that the selection process may just become a matter of picking the most efficient host, not the most inspiring.

There are other possible potholes. Indeed, if I may be so bold, I believe that there are three specific areas where the IOC and all organisers or rights holders need to focus as they make the inevitable move away from competition to pre-selection.

First, the need to communicate more - and more simply, with more personality. By making the process less transparent, there will inevitably be voices complaining about deals being done behind closed doors and so on. It doesn’t take too much imagination to envisage what a NoOlympics group in any city would be saying if private talks with the IOC were par for the course.

The only possible counter to this is to up the communication - and also make it more human and less institutional, with less jargon. It might seem like an odd reference, but the current (bizarre) race to become the next Prime Minister of the United Kingdom has thrown up an example the IOC could study: contender Rory Stewart and his distinctive and engaging campaign based on hitting the streets, talking to people and amplification through social media.

Which brings me to my second suggestion: get feet on the ground. During the 2026 race, the IOC seized the initiative and organised a number of visits to each bidding city. But these were largely private and small visits.

To spread the benefits of bidding to possible hosts, and to sceptical populations, there needs to be much more "noise" - from athletes who can talk about the Games; from former organisers who can highlight the benefits; and, most of all, from spectators and volunteers and anyone else who can speak of the incredible experience of hosting the world’s greatest event.  The Future Hosts Commission, or whatever it ends up being called, needs as many ambassadors as it can muster to spreads its message far and wide.

Finally, the IOC and all organisers need to own the legacy story of their events more. One of the greatest weaknesses of the system as it stands is that, once the event is over, the local Organising Committee winds down and responsibility for managing, monitoring and publicising the legacy of the Games locally passes to… well, no-one really.

I went back to London’s Olympic Park recently, and its phyical legacy was alive and well: from elite sport events in the Aquatics Centre to schoolchildren on a day trip. But the communication about the remarkable development of East London and the role London 2012 played in that was practically invisible. There was nothing capturing the physical and social transformation of the area, and the numerous benefits that resulted.

Surely it is in the IOC’s interests to make sure that story - and many other similar ones in other cities - is told more effectively, and in support of the event that made them happen: the Games. The IOC needs to own, promote and protect legacy as much as it does the Five Rings.

If the purpose of the new system is, to quote President Bach, to create fewer "losers", the flipside is to make sure that the "winners" are celebrated and showcased. Then, future hosts - and indeed future athletes and spectators - will perhaps understand better and value more the unique impact and reach of sport, and especially its greatest expression: the Olympic and Paralympic Games.