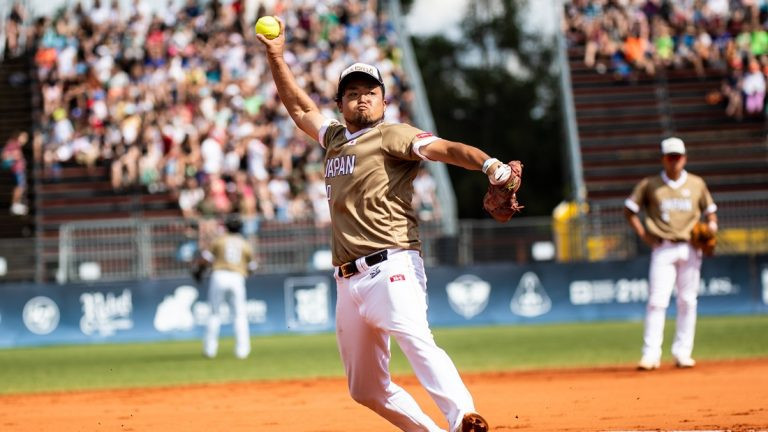 Two-way player Hikaru Matsuda was particularly impressive as he led the Japanese to a convincing win at Svoboda Ballpark in Prague.

Victory for the Asian champions comes after they went unbeaten in Group A with seven wins out of seven.

Awaiting them in the last four tomorrow are defending champions New Zealand, who battled back from 4-1 down to defeat rivals Australia 7-4 today.

The teams faced each other in the opening round with Japan prevailing 5-1.

The other semi-final pits Argentina against Canada after both teams came through their last-eight ties today.

A strong offensive performance paved the way for Argentina's 9-0 win over the United States in five innings.

In the battle between the two teams that just missed out on the quarter-finals, Denmark claimed a 3-0 victory over Cuba to secure a ninth-place finish.

Today's action also saw Mexico beat South Africa 7-0 in the 11th-place playoff, the Netherlands defeat Botswana 6-5 in the 13th-place playoff and Singapore defeat the Philippines 4-3 in the 15th-place play-off.