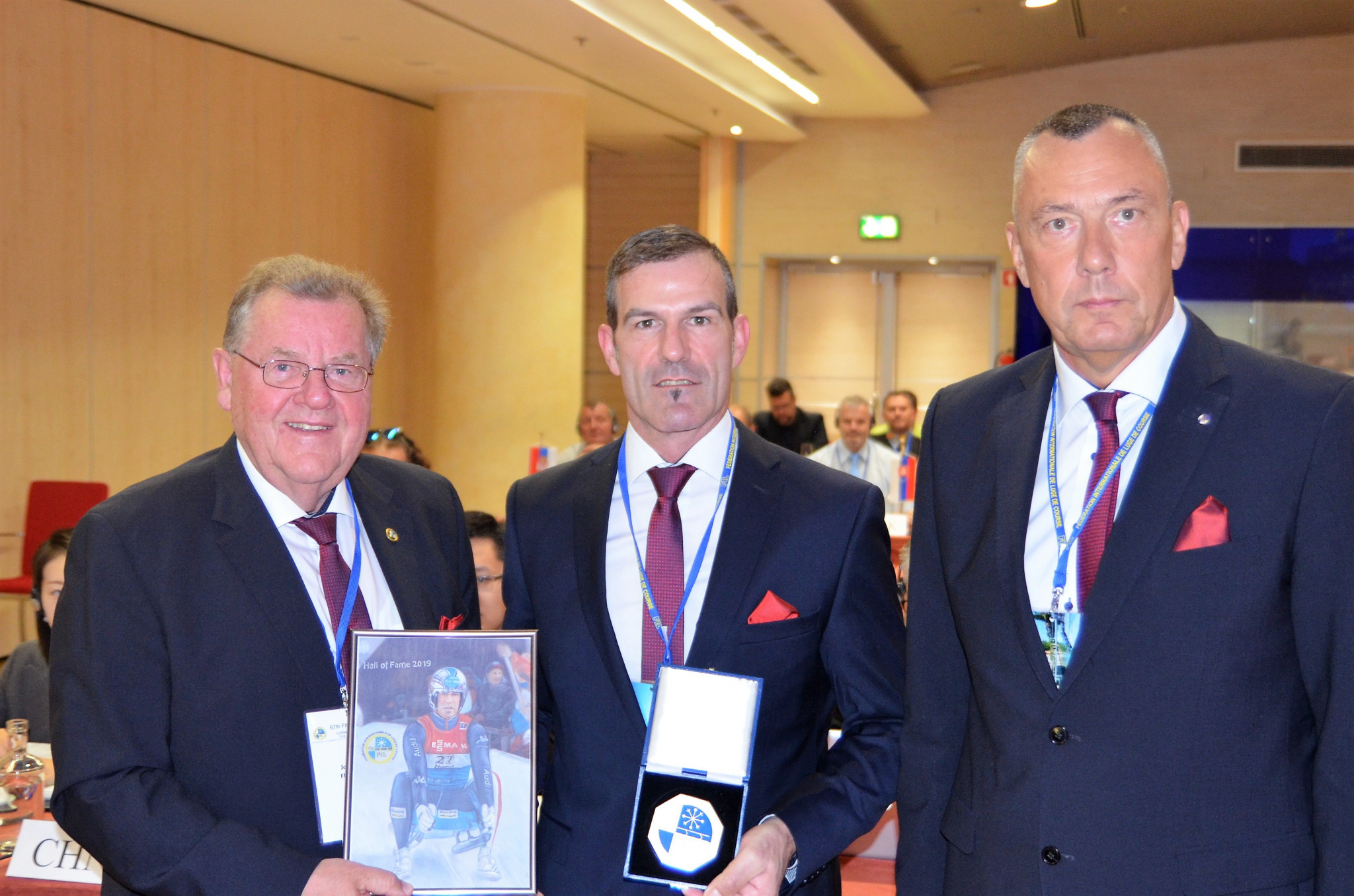 Italy’s Armin Zöggeler has become the latest member of luge's Hall of Fame after being inducted on the opening day of the International Luge Federation (FIL) Congress in Slovenia’s capital Ljubljana.

Zöggeler, vice-president for technical affairs at the FIL, is a six-times world champion and is the only winter athlete to have won a medal at six editions of the Olympic Games.

He won the overall FIL World Cup title on 10 occasions.

Day one of the Congress also saw Norway’s Bjørn Dyrdahl receive the FIL’s medal of honour in gold in recognition of his services.

Dyrdahl was the race director at Lillehammer 1994 and later worked in different functions for the FIL.

Romstad was elected secretary general in 1994.

In close cooperation with Fendt, they developed the FIL into a modern organisation.

Romstad stepped down on his own demand at last year’s Congress in Slovakia's capital Bratislava.

Back then, he was appointed an honorary member of the FIL.

The medal in silver has been awarded to Latvians Normunds Grava and Andris Svalbe, and the Swiss pair of Doris Schenkel and Edi Schärer.

Germany’s Norbert Loch was among those assigned the medal in bronze along with Swiss trio Reto Gilly, Heinz Kocher and Käthi Maag.

The 67th FIL Congress, where the world governing body will elect its first vice-president for marketing, is due to conclude tomorrow.