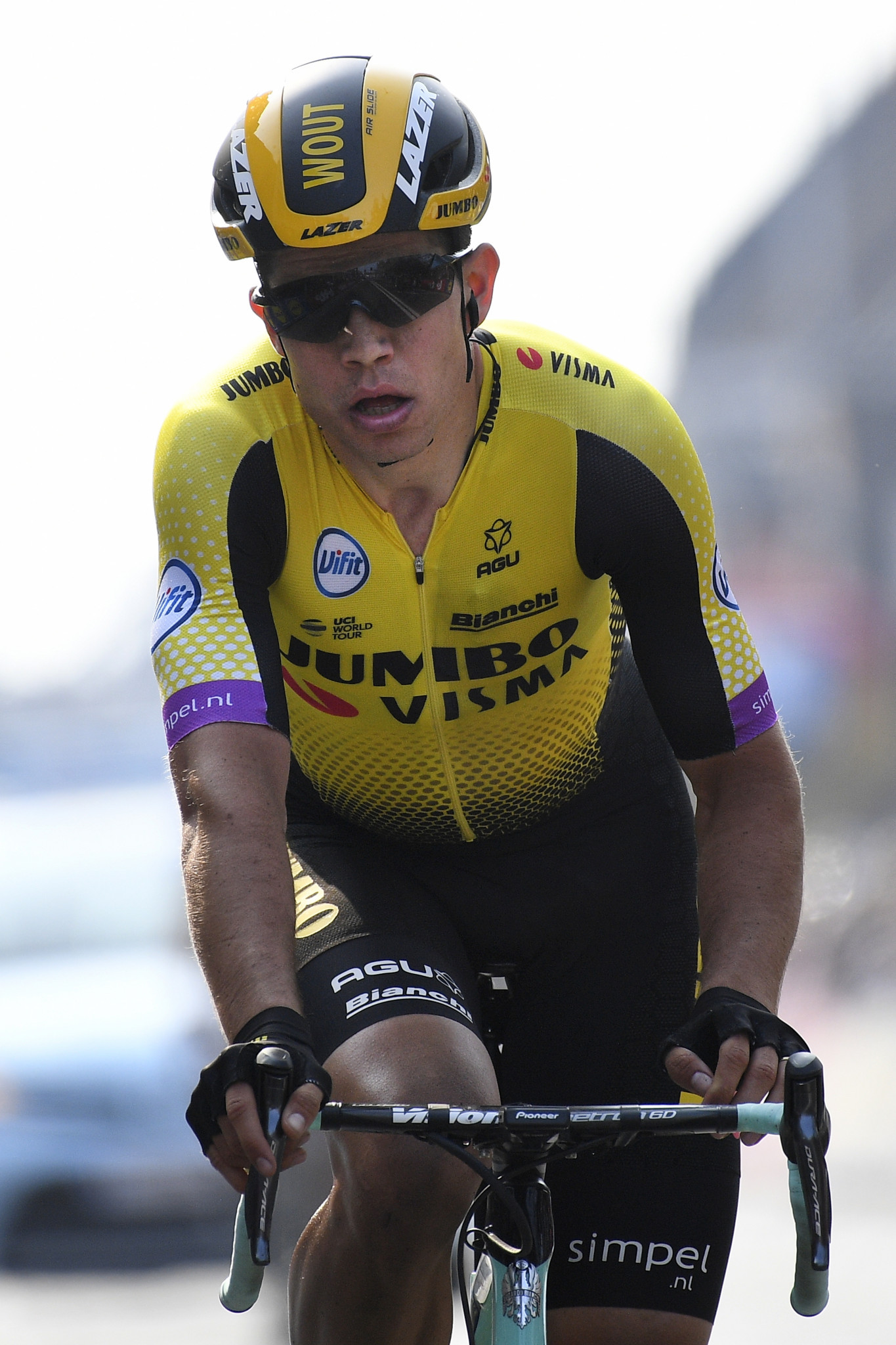 Former cyclo-cross world champion Wout van Aert of Belgium sprung a huge surprise in beating the time trial specialists to claim his first victory of the 2019 season in stage four of the Critérium du Dauphiné.

Having impressed during yesterday’s sprint, the Team Jumbo-Visma rider covered the 26.1 kilometres distance in Roanne in 33min 38 sec.

The United States’ Tejay van Garderen of EF Education First finished second in 34:09, while the Netherlands' Tom Dumoulin was third in 34:25.

"Yesterday was a surprise – today as well – but we worked hard on the last training camp and I was really motivated for today," van Aert said.

"I hope to stay in the lead, but if not, it will definitely still be a good result.

"I didn't know the gap was that much [47 seconds on Dumoulin], so it was beyond expectations.

"Tomorrow is still a good stage for me, but then I'm finished.

"I feel pretty good after altitude camp, so it's a big surprise."

⏪ Relive the finish of the 2⃣ winners of today!#Dauphiné pic.twitter.com/1TugQenRwb

The Mitchelton-Scott rider’s overall time stands at 12:27:26, giving him a four-second advantage over Belgium’s Dylan Teuns of Bahrain-Merida.

The 30-year-old van Garderen is a further two seconds back in third.

Today’s action was overshadowed, however, by an injury to Yates’ fellow Briton Chris Froome which ruled him out of the Tour de France.

The Team Ineos rider was taken to hospital with a reported broken femur after crashing during a practice ride.

He would have been chasing a record-equalling fifth victory in the Tour de France, which is due to start in Brussels on July 6.

Team INEOS can confirm that Chris Froome crashed during a recon of stage four of the Criterium du Dauphine today.

He is currently on his way to a local hospital and won’t start today’s fourth stage.

We will provide a further update in due course. pic.twitter.com/3x3h5BD5cH

"He crashed in the downhill section of the course at high speed," team principal Dave Brailsford told France Télévisions.

"It'll take quite a long time before he races again."

"He's been taken care of and waits for a helicopter to be transferred to Lyon or Saint-Etienne.

"It's a very serious accident.

"Clearly, he won't be at the start of the Tour de France."

Froome was eighth overall in the Critérium du Dauphiné after three stages of the eight-day race, which is scheduled to continue tomorrow with stage five – a 201km route from Boën-sur-Lignon to Voiron.