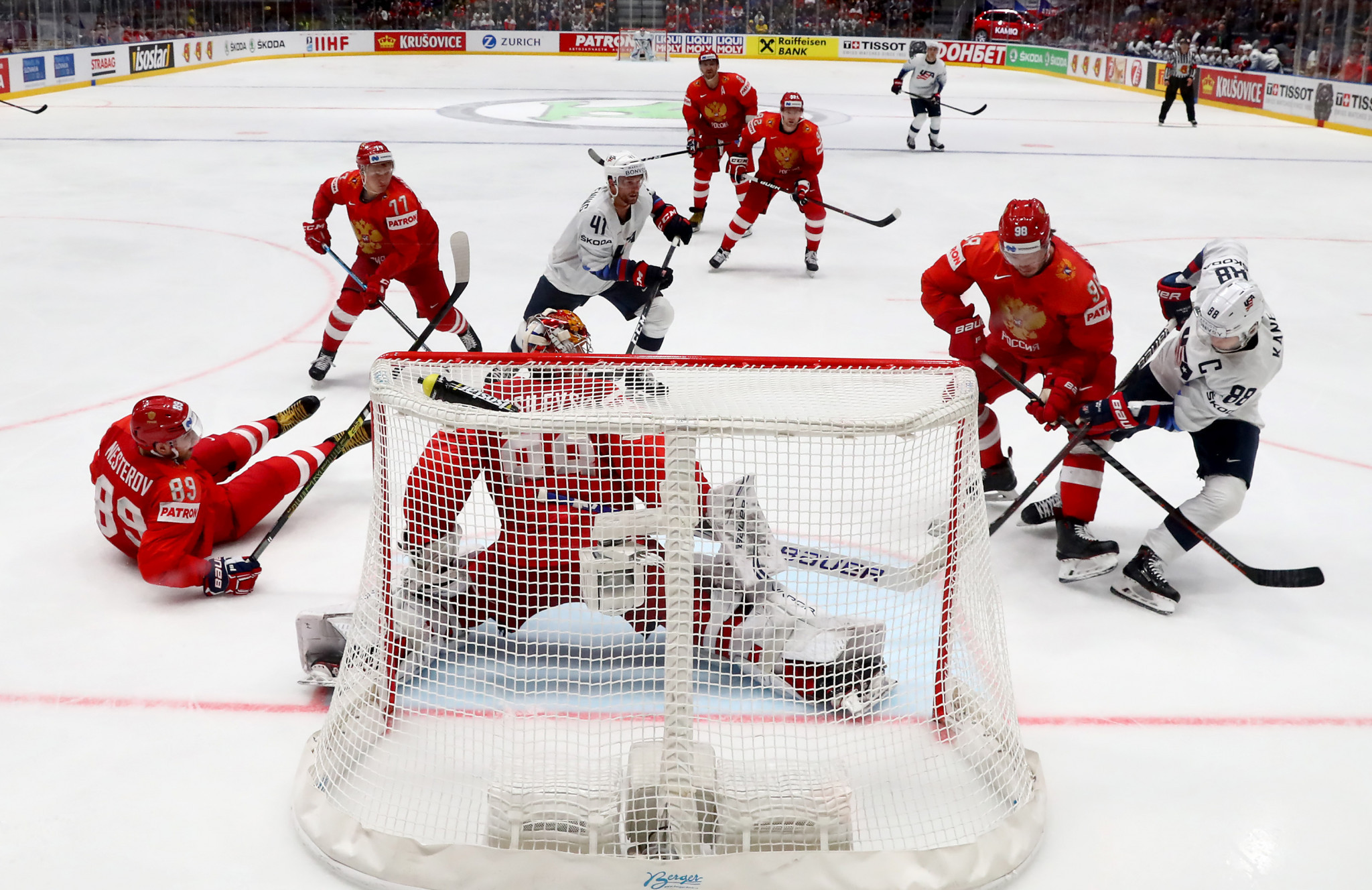 Nikita Gusev scored first for Russia at Ondrej Nepela Arena in Slovakia, with Mikhail Sergachyov making it 2-0 before the end of the first period.

In the second period, Brady Skjei pulled one back for the United States.

The third period saw Kirill Kaprizov make it 3-1 to Russia, before Noah Hanifin closed the gap once again.

The same pattern followed, with Russia's Mikhail Grigorenko making it 4-2 and Alex Debrincat of the US scoring with three minutes to go.

Highlights: Jan Kovar had two goals and one assist in a big 5-1 QF win for @narodnitym over @deb_teams at #IIHFWorlds

Despite a nervy ending, the buzzer confirmed Russia's place in the semi-final and securing their eighth win in as many games.

They will play Finland in the next round, who narrowly beat Sweden 5-4.

The remaining semi-final will be contested by Canada and the Czech Republic.

Canada recorded a 3-2 victory against Switzerland, while the Czechs comfortably defeated Germany 5-1.