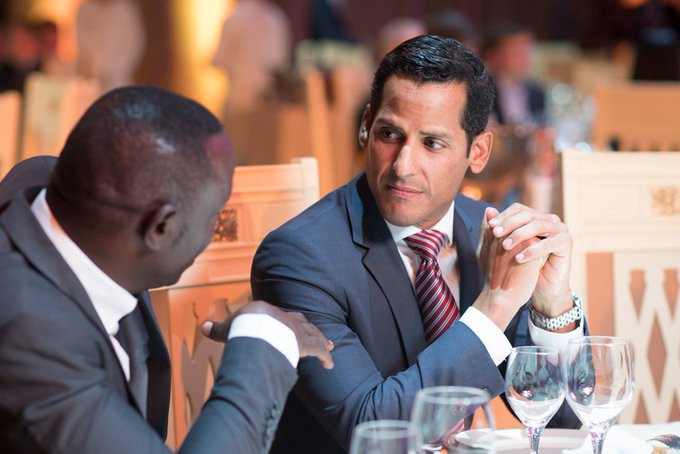 Marcos Diaz, the ex-swimmer from the Dominican Republic who has lost out narrowly to Poland’s Witold Bańka in the race for the Presidency of the World Anti-Doping Agency (WADA), has pledged his full support for his former rival.

In a prepared statement, Diaz promised to “cooperate unconditionally” with the new man.

The young Polish Sports Minister saw off Diaz’s stronger-than-expected challenge by just ten votes to eight in a vote among public authority representatives on the WADA Foundation Board on Tuesday.

The new President is expected to be formally elected to succeed Scot Sir Craig Reedie at the World Conference on Doping in Sport 2019, which takes place in Bańka’s native Poland in early November.

Sir Craig’s successor will assume the role from 1 January 2020 for a three-year term.

WADA itself has also congratulated Bańka on his nomination by public authority representatives as their preferred candidate.

Separately, Linda Helleland, the Norwegian politician and WADA vice-president who was also aiming to replace Sir Craig, has confirmed that she has pulled out of the race while revealing that she plans to author a book on her experience.

WADA congratulates @WitoldBanka on his nomination by the public authorities for the position of #WADA President when Sir Craig Reedie steps down at the end of 2019 https://t.co/qA7DY1NOkJ pic.twitter.com/l4NPe8d4kc

insidethegames understands that the book might conceivably be published before she steps down from her WADA post at the end of the year.

She also expects to devote time over the coming months to helping to draft her political party’s manifesto ahead of the next Norwegian election.

In full, the statement by Diaz, his country’s Vice-Minister of Sports, read as follows: "I would like to take this opportunity to congratulate the Polish Minister of Sports Witold Bańka, President Elect of WADA, and reiterate our commitment to collaborate unconditionally with his team and with WADA officials to ensure a successful mandate.

“Together we can continue to strengthen the institution and achieve its main objectives of guaranteeing a clean sport and an equitable playing field for athletes, while promoting education and prevention.

“On behalf of the Public Authorities of the Americas, I would like to express my gratitude to the international community and all relevant stakeholders for the constant expressions of support received during this process, especially those who deposited their trust in our candidature and vision.

“It has been an enriching, exciting and intense journey, filled with satisfaction.

“Undoubtedly it has contributed exponentially to our personal and professional growth.

“Once again, thank you very much for all the support and appreciation.”