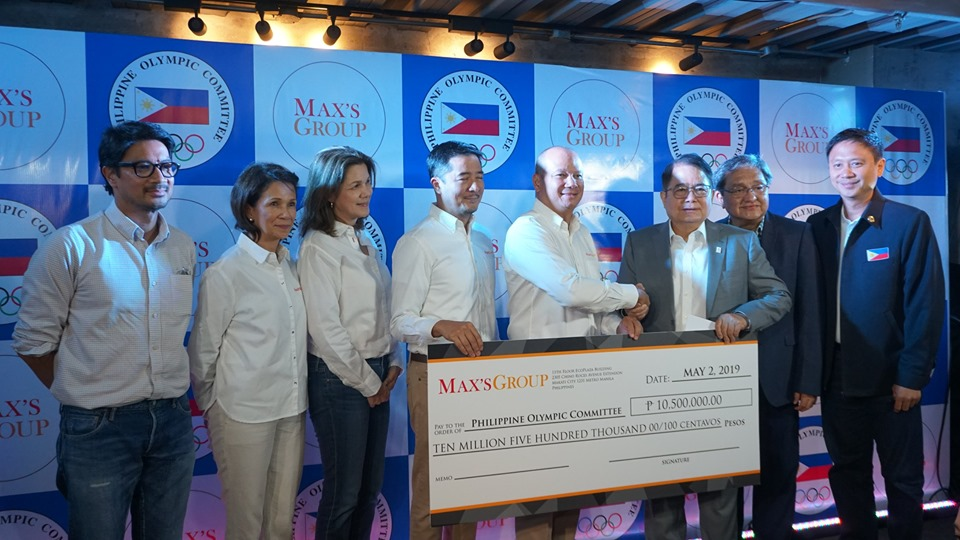 The Philippine Olympic Committee (POC) has been boosted by a partnership with Max’s Group Inc (MGI), which is aimed at helping the country secure its maiden Olympic gold at Tokyo 2020.

The company, the owners of the Max’s Fried Chicken and Pancake House chain, signed the agreement at one of their restaurants in Taguig.

"Filipino athletes have the drive and determination to rise above the competition," Vargas said.

"With our partnership with MGI for Tokyo 2020, we will be able to ground a new wave of Filipino pride for the world to see."

The agreement will see MGI invest to support more than 1,000 athletes, coaches and officials.

This support will extend to helping cover costs of POC operations and events.

MGI will also offer the chance for three of their customers to attend the Olympic Games.

This will be decided by a raffle.

“We’ve structured our pledge so that we address what we call the three Fs: flagbearers, families and fans," Trota said.

"The flagbearers, our athletes, will receive funds for their training and a cash prize for gold medal wins.

"We will also make sure to nourish not just our flagbearers, but also their families, so they don’t have to worry about their welfare while they train for and compete in the Olympics.

"Lastly, we’re giving the fans a once in a lifetime opportunity to watch and cheer for our Philippine team live in Tokyo 2020, because we believe that Filipinos are the greatest fans in the world.”

MGI are the first local sponsor to sign an agreement with the POC ahead of the next year's Games.

The Philippines have won 10 medals at the Olympic Games, but are yet to clinch gold.

Hidilyn Diaz earned the country's sole medal at the Rio 2016 Olympics by grabbing silver in weightlifting.

Boxers Anthony Villanueva and Mansueto Velasco have also earned silver medals at the Games, having done so at Tokyo 1964 and Atlanta 1996, respectively.