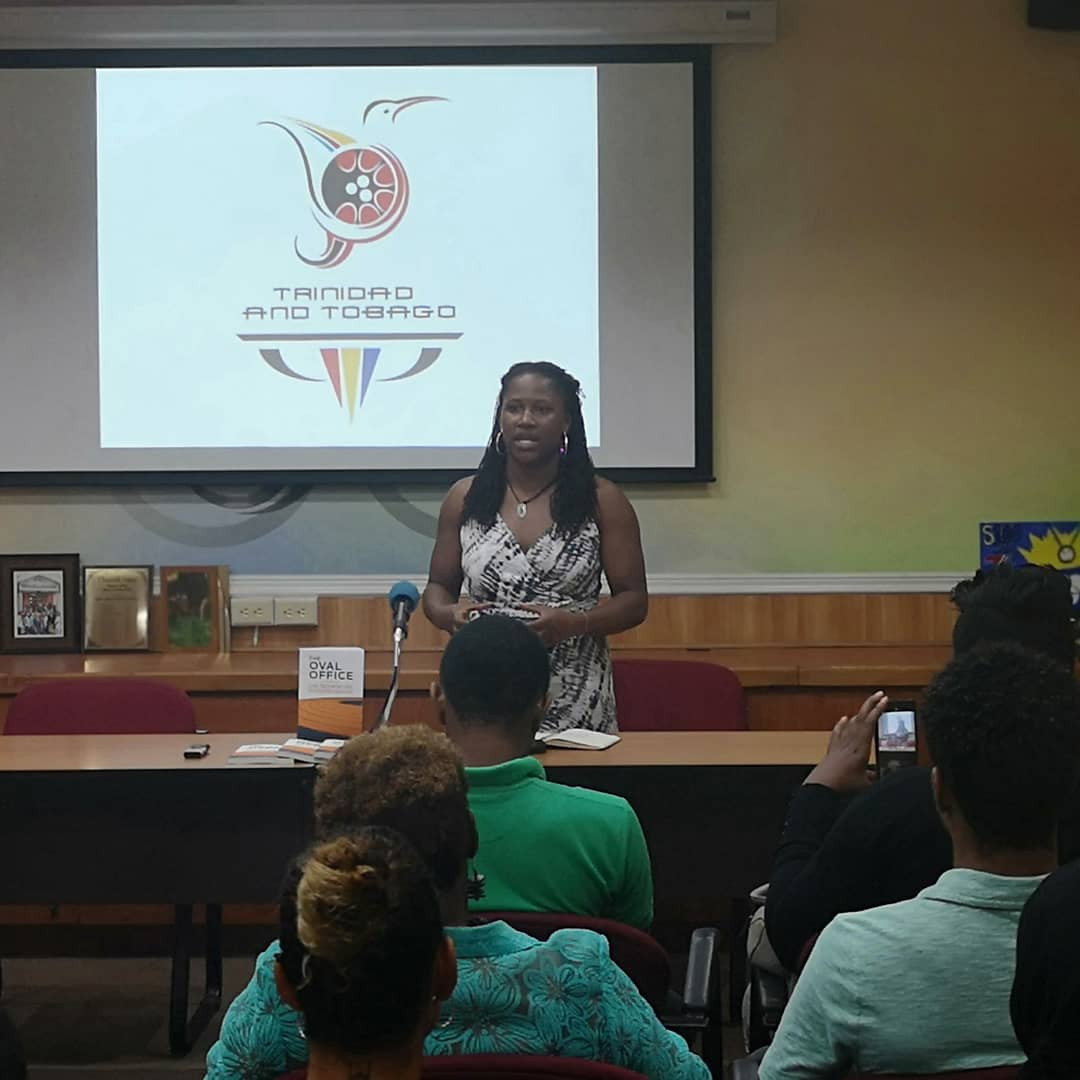 America's Lau­ryn Williams, one of only five athletes to win medals in both the Summer and Winter Olympic Games, has visited Trinidad and Tobago Olympic Committee (TTOC) House in Port of Spain to help inspire the country’s athletes.

As reported by the Trinidad and Tobago Guardian, the sprint­er and bob­sled­der had an open con­ver­sa­tion with ath­letes, coach­es, par­ents, TTOC of­fi­cials and the me­dia.

Williams delv­ed in­to her pro­fes­sion­al life on and off the track and discussed what brought her to the coun­try of her fa­ther's birth.

Among the topics she spoke about were the im­por­tance of ed­u­ca­tion, the prop­er use of tech­nol­o­gy and so­cial me­dia, re­la­tion­ships, avoid­ing dis­trac­tions, hav­ing prop­er nu­tri­tion, bal­anc­ing a ca­reer, en­joy­ing the highs and over­com­ing the lows, and life after competing in sport.

Williams began her career as a sprinter and made her Olympic debut at Athens 2004, where she secured a silver medal in the women's 100 metres behind Yulia Nesterenko of Belarus.

She also competed for the United States at Beijing 2008 and was a member of the 4x100m relay team that won the gold medal at London 2012.

Following London 2012, Williams retired from athletics and sought to utilise her speed as a pusher in bobsleigh and in her debut season earned a place on America's Winter Olympic team for Sochi 2014, teaming up with Elana Meyers to win the silver medal in the two-woman bobsleigh event.

Williams ended her bobsleigh career by topping the podium with Meyers at the International Bobsleigh and Skeleton Federation World Cup event in Sochi in February 2015.

"My mot­to is hard work knows no lim­its," Williams was reported as saying by the Trinidad and Tobago Guardian during a speech at TTOC House.

"The idea is working hard to­wards a goal and doors will open for you.

"Be your best self."

Williams claimed she could re­late to some of the is­sues faced by lo­cal ath­letes.

"You start to build on a set of val­ues," Williams added.

Williams added: "In Amer­i­ca, I didn't have more re­sources than you guys have here in Trinidad.

"I start­ed ini­tial­ly on a run­ning club track, age-group track.

"Peo­ple would do­nate their old shoes for me to have a pair of shoes to run in.

"You get to the track and run in what­ev­er you have – some­times it was a bas­ket­ball shoe on the track.

"You start from noth­ing but you have to use what you have in­side you and that's what dri­ves you to get go­ing."

TTOC Pres­i­dent Bri­an Lewis explained the idea behind the visit of Williams.

"The pro­gramme is called 'Thrive Team TTO' or 'Team TTO Thrive'," he said.

"What this programme will do is offer to young ath­letes, who want to do it, the op­por­tu­ni­ty to de­vel­op the busi­ness of them­selves and to be en­tre­pre­neur­ial."