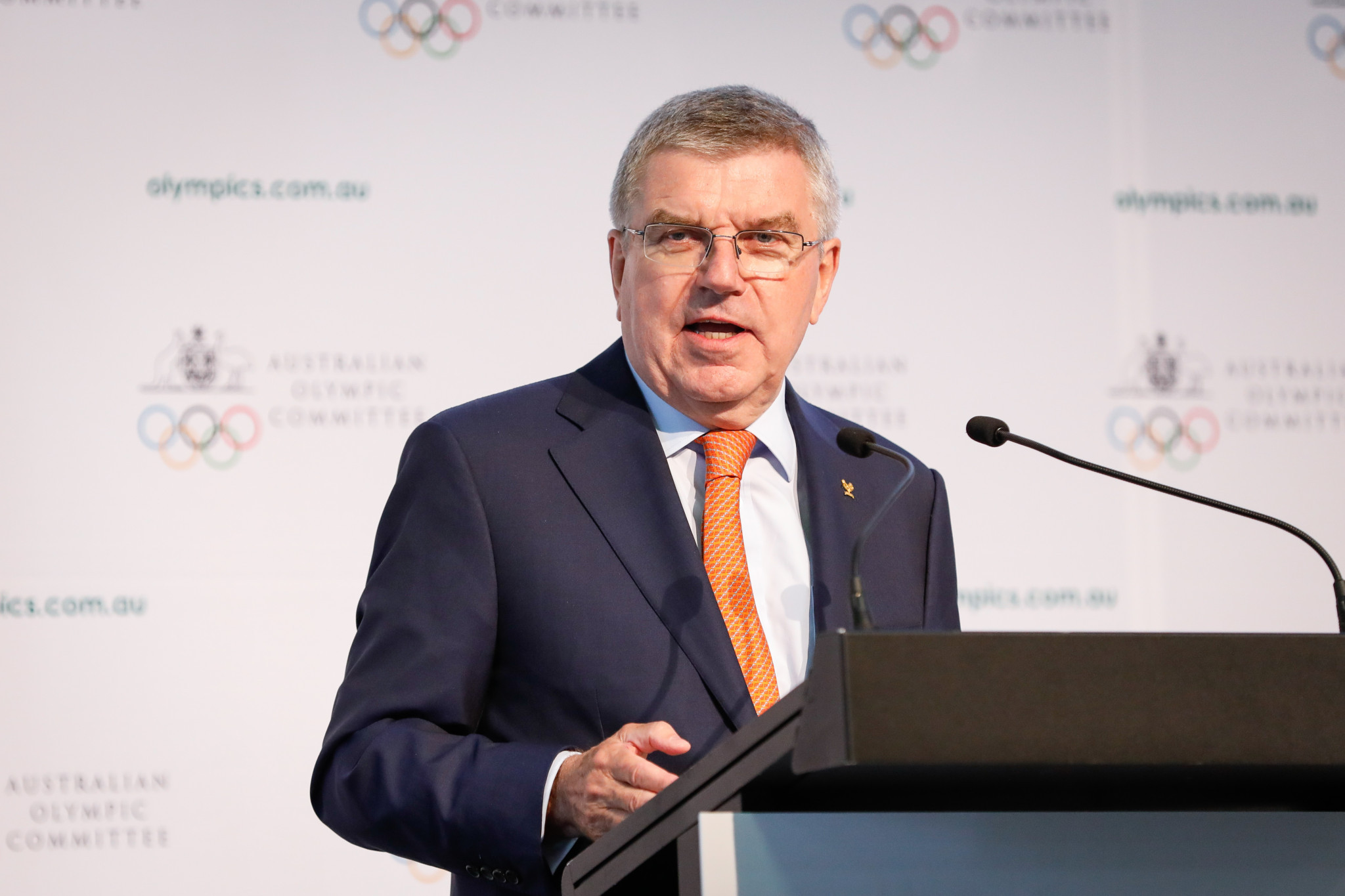 International Olympic Committee (IOC) President Thomas Bach today signalled that another major change to how host cities are selected is on the horizon.

Bach was addressing the Australian Olympic Committee (AOC) Annual General Meeting in Sydney where he hailed the number of cities and countries interested in bidding for the Games but admitted he feared the current system "creates too many losers in the end".

This was the first time an IOC President has attended an AOC meeting.

His words will have been particularly studied by the AOC because they are planning to put forward Brisbane as a candidate to host the 2032 Olympic and Paralympic Games  - and some experts have already installed the Queensland city as the early favourite.

Other cities to have also already publicly announced they are interested in bidding are Jakarta in Indonesia and Mumbai in India.

There is also a proposal for a joint Pyongyang-Seoul bid from North and South Korea.

The IOC took the unprecedented decision in 2017 to award two Olympic Games together.

Paris were given the 2024 Games while its only rival, Los Angeles, were awarded 2028.

Bach is clearly keen to avoid a scenario in the bid race for the 2032 Olympic Games where a leading international city invests time and money on a campaign only to ultimately fail.

"With Olympic Agenda 2020 we are revolutionising the way future Olympic Games are organised," he told the AOC meeting.

"In the past, bidding for the Olympic Games was like applying for a franchise.

"We asked potential hosts how they would change their cities in order to adapt them to the Olympic Games.

"Now we ask them how we can adapt the Games to best fit the long-term needs of their city or region.

"These reforms have created momentum.

"At this time, we have not even elected the host city for the Olympic Winter Games 2026.

"This shows the even growing relevance and global appeal of the Olympic Games.

"This is why half the world’s population tuned in to follow the Olympic Games Rio 2016.

"Now we have the positive challenge to manage these expressions of interests.

"While having many candidates at the start of the process might look good at a first glance, it creates too many losers in the end.

"This is why we need to focus on the best possible host for the best athletes of the world without creating too many losers."

Bach said he wanted the group to "produce an evolution of the revolution of Olympic Agenda 2020".

The working group is expected to present its findings to the IOC Session due to take place in Lausanne between June 24 and 26.

The vote to choose the host city for the 2032 Olympic and Paralympic Games is due to take place at the IOC Session in 2025, the same meeting where will have to step down as President following the completion of his 12-year term.

Olympic Sprinter Raelene Boyle AM MBE has been awarded with the AOC Order of Merit for her remarkable merit in the sporting world 👏👏 pic.twitter.com/LmafPh064K

The other highlight of the meeting was the presentation of the AOC Order of Merit to three-time Olympic silver medallist Raelene Boyle.

Four years later, at Munich, she won silver medals in both the 100m and 200m behind East Germany's Renate Stecher, whose performances have since been discredited by proof that she was part of her country's state-sponsored doping programme.

Boyle also won nine medals in the Commonwealth Games between Edinburgh 1970 and Brisbane 1982, including seven golds.

Boyle has been diagnosed with cancer three times.

She now works to raise community awareness about breast cancer and has been an active Board member of Breast Cancer Network Australia since 1999.

Bach, meanwhile, is now due to travel to the Gold Coast to attend SportAccord, scheduled to officially start tomorrow.