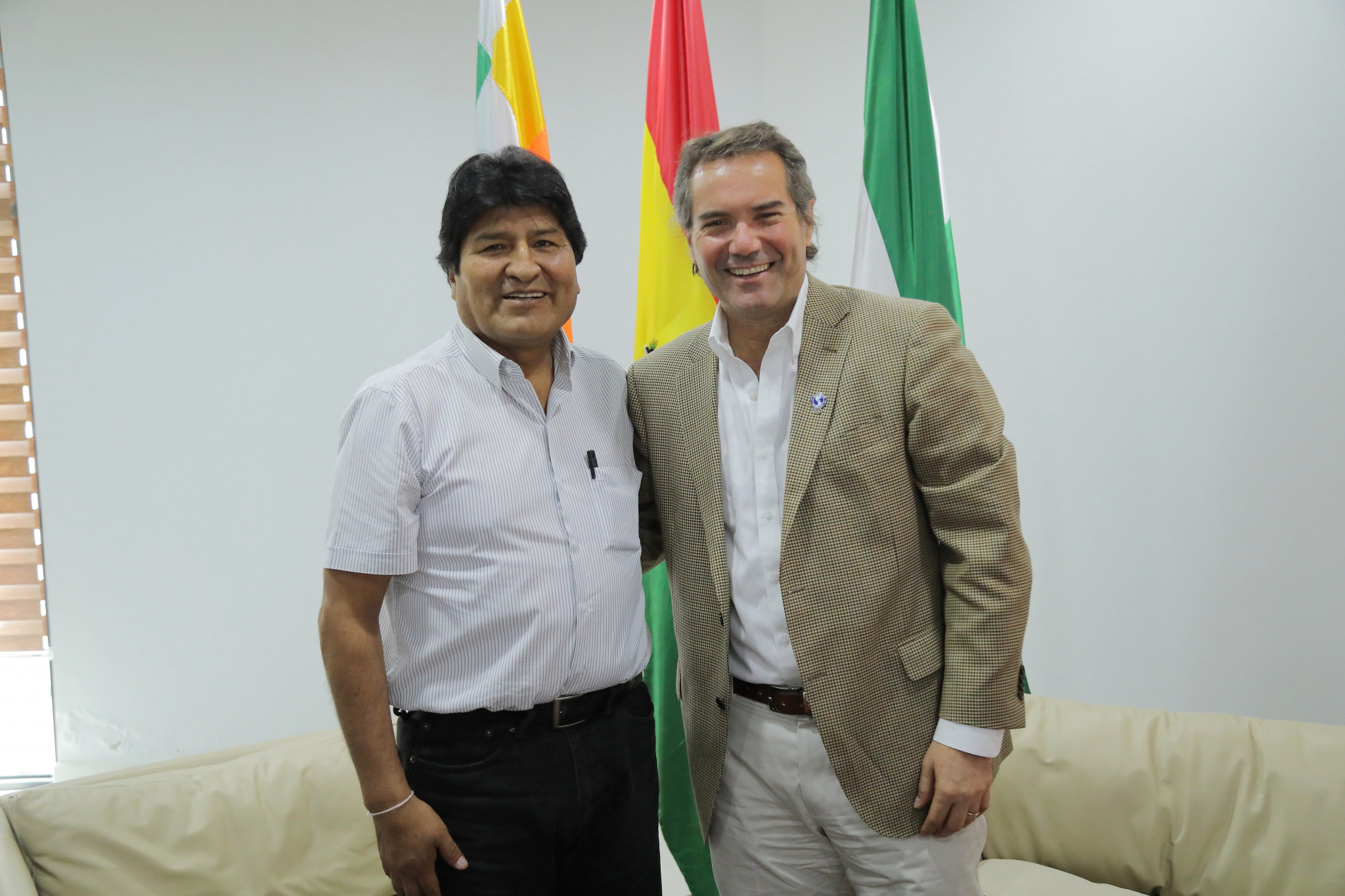 Bolivia has emerged as the second candidate to host the 2027 Pan American Games after President Evo Morales confirmed Santa Cruz's interest in staging the event.

Morales informed Panam Sports President Neven Ilic of Bolivia's desire to host the Games in eight years' time at a meeting with the Chilean official in Santa Cruz.

It follows Barranquilla Mayor Alejandro Char throwing his city's hat into the ring for the multi-sport event last October.

Ilic told Morales to "work hand in hand" with the Bolivian Olympic Committee and the Government to "make their dream a reality" during the meeting.

"They already demonstrated with the South American Games in Cochabamba that when they propose something, they deliver," the Panam Sports President said.

"We were all impressed with the great organisation they achieved last year."

Panam Sports had previously claimed several other countries had expressed an initial interest in bidding.

But Colombia and Bolivia are the only two to have done so publicly so far.

"It is always positive that there are countries and cities that want to organise our continental sports festival," Ilic added.

"We are happy that Santa Cruz, Bolivia is the second city that has expressed its desire to host the Games, after Barranquilla, Colombia.

"Hopefully, many more will join.

"That speaks very well of the great product we have and the interest that exists for this great event that brings together the 41 nations of the Americas."

Peru's capital Lima will host this year's Games from July 26 to August 11, while preparations for the 2023 edition in Chile's capital city Santiago are also under way.