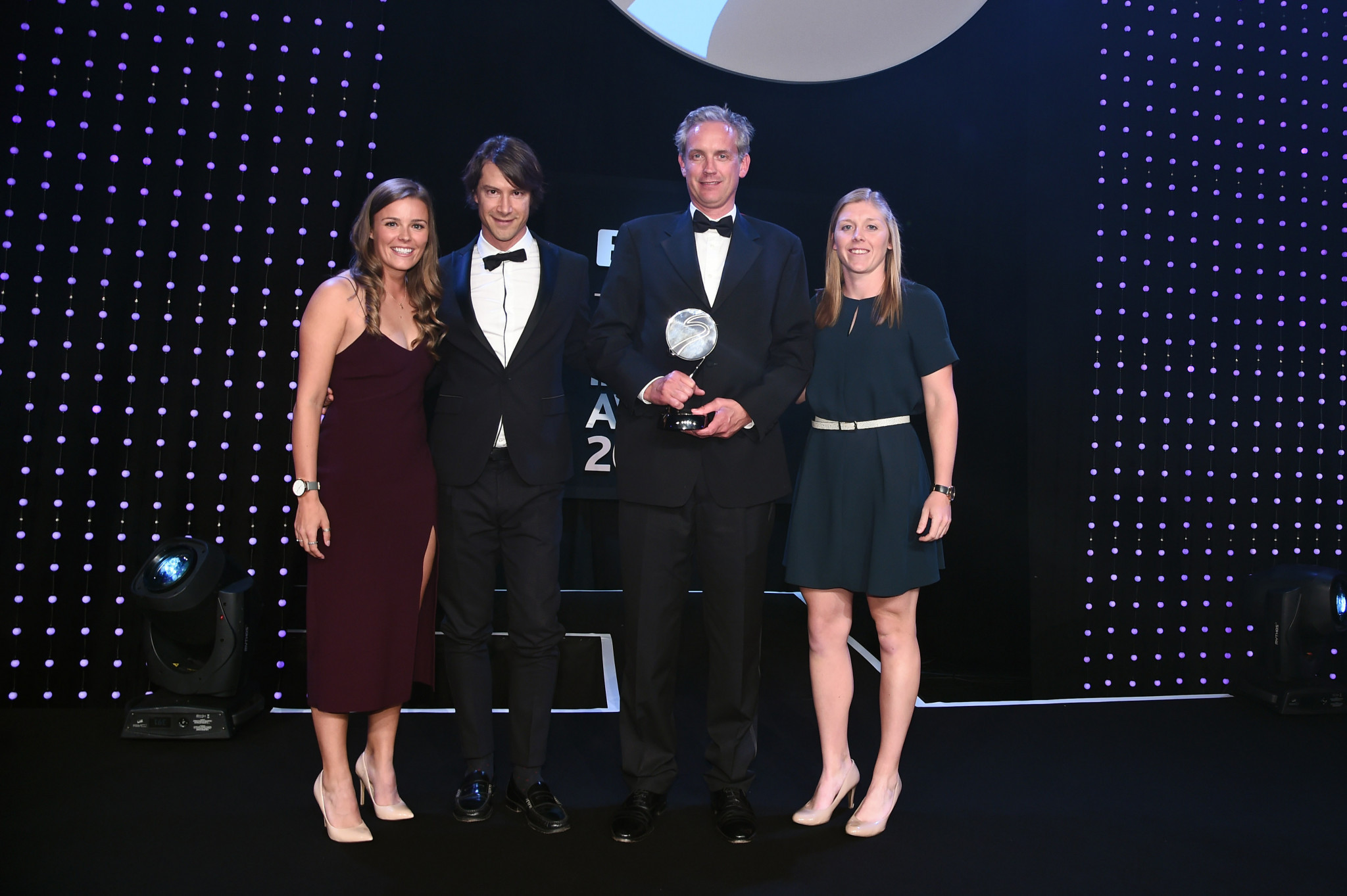 Richard Brisius – chief executive of the Stockholm Åre bid for the 2026 Winter Olympic and Paralympics Games – has expressed his delight after Swedish-owned The Ocean Race was given a prestigious sustainability award.

Alongside his mission to bring the Winter Olympic and Paralympics to Sweden for the first time, Brisius is also President of The Ocean Race – the world’s leading round-the-world sailing race – and has managed several teams as well as competed in the event over the past 30 years.

The Ocean Race, which since 1973 has seen the world’s best sailors compete for sailing’s ultimate prize, saw off tough competition to scoop a pair of prizes – the sustainability and social development award and the cutting edge sport award – at a star-studded BT Sport Industry Awards ceremony in London.

Brisius has previously outlined his ambition to make Stockholm Åre 2026 the most sustainable Winter Olympics and Paralympics in history.

If awarded the Games, action will be taking place across four venues – Stockholm, Åre, Falun and Sigulda in Latvia – in order to align with the International Olympic Committee’s (IOC) Agenda 2020 initiative, which promotes a "use what you have, where you have it" approach.

Brisius concluded that the success of The Ocean Race could act as a blueprint for how a sporting event can drive change on a global scale.

"Inspired by the direction set by the IOC members, the Stockholm Åre 2026 bid is built with sustainability in full focus," he said.

"We believe Sweden can set a new standard, not just for the nation, but for the Olympic Movement as a whole.

"We want to deliver Olympic and Paralympic Winter Games in a truly sustainable way.

"We’re committed to working closely with the International Olympic Committee and in line with their Agenda 2020 initiative to deliver the most sustainable Olympic and Paralympic Games in history."

They said The Ocean Race had used its scale, partnership family and data collection to drive the public affairs agenda, leaving a demonstrable and compelling legacy.

In the 2017-2018 edition, The Ocean Race sparked a global movement against plastic pollution to restore ocean health with a wide-reaching sustainability programme in partnership with the United Nations Environment’s Clean Seas campaign.

A boat, named "Turn the Tide on Plastic", raced around the world as part of the event, promoting plastic awareness and sustainable solutions to ocean pollution.

Meanwhile, a groundbreaking initiative saw professional sailors turn scientists by collecting never-before-seen microplastic samples from the most remote spots on the planet, including Point Nemo – a place where The Ocean Race sailors are closer to the astronauts in the International Space Station than any other human on land.

"The Ocean Race has been a passion of mine since I competed in the 1989-1990 edition and it’s an honour to be leading this event where we are putting sustainability at the heart of the Race’s future," Brisius said.

"In 2017-2018, we used our influence to inspire millions of people and we are honoured to have been recognised for the impact of this groundbreaking campaign.

"By engaging politicians and business leaders to implement change to policies and practices to address the ocean plastic crisis, we sought clear long-term commitment for cleaner, healthier seas and are proud to have left such a lasting legacy.

"In partnerships with organisations such as UN Environment and 11th Hour Racing, we have brought global attention to the issue of ocean health and taken concrete steps to help 'Turn the Tide on Plastic'.

"Like the Stockholm Åre 2026 bid, sustainability is integrated within the DNA of The Ocean Race and we have pledged to use the momentum we have built as a catalyst to continue our mission to restore ocean health."

The IOC will make a final decision on which candidate city will be awarded the 2026 Winter Olympics and Paralympics on June 24, 2019 at its Session in Lausanne.

An Italian bid from Milan and Cortina d'Ampezzo is also in the running.