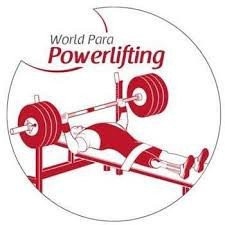 Russia earned two of the four gold medals on offer on day three of the World Para Powerlifting World Cup at Eger in Hungary.

Alexander Belov was a remorseless champion in the men’s up-to-80 kilograms as he produced three successful, successive efforts of 176kg, 180kg and 187kg.

As things turned out, his second effort would have sufficed as the silver and bronze medallists, respectively Piotr Szymeczek of Poland and his compatriot Tomasz Kociubinski, could get no further than 175kg.

The women’s up-to-73kg gold was claimed by Russia’s Nadezhda Sycheva, who managed a best of 111kg at her second attempt, with Morocco’s Sanae Soubane taking the silver medal with 108kg and Ireland’s Britney Arendse earning bronze - and junior gold in a world junior record  -with 100kg.

Russia now tops the medal table with six medals, including four golds, ahead of Poland, who have 10 medals of which three are gold, and Britain, which has earned two medals, both gold.

Rio 2016 champion Mohammed Khamis Khalaf of the United Arab Emirates was the outstanding athlete in the men’s up-to-97kg class, lifting 212 and 220kg for a gold to set alongside the one he earned in his native Dubai at the opening World Cup round in February.

The silver medal went to Serbia’s Petar Milenkovic, who had a best of 210kg, with Azerbaijan’s Nurlan Babajanov earning bronze with 195.

Poland topped the podium in the second men’s category of the day, the up-to-88kg, as Wawrzyniec Latus produced two lifts of 190kg and 197kg that were beyond any of his rivals before failing at 201kg.

The silver medal went to Moldova’s Stefan Rosca, with a best of 180kg, ahead of Poland’s Tomas Majewski, who managed 172kg.