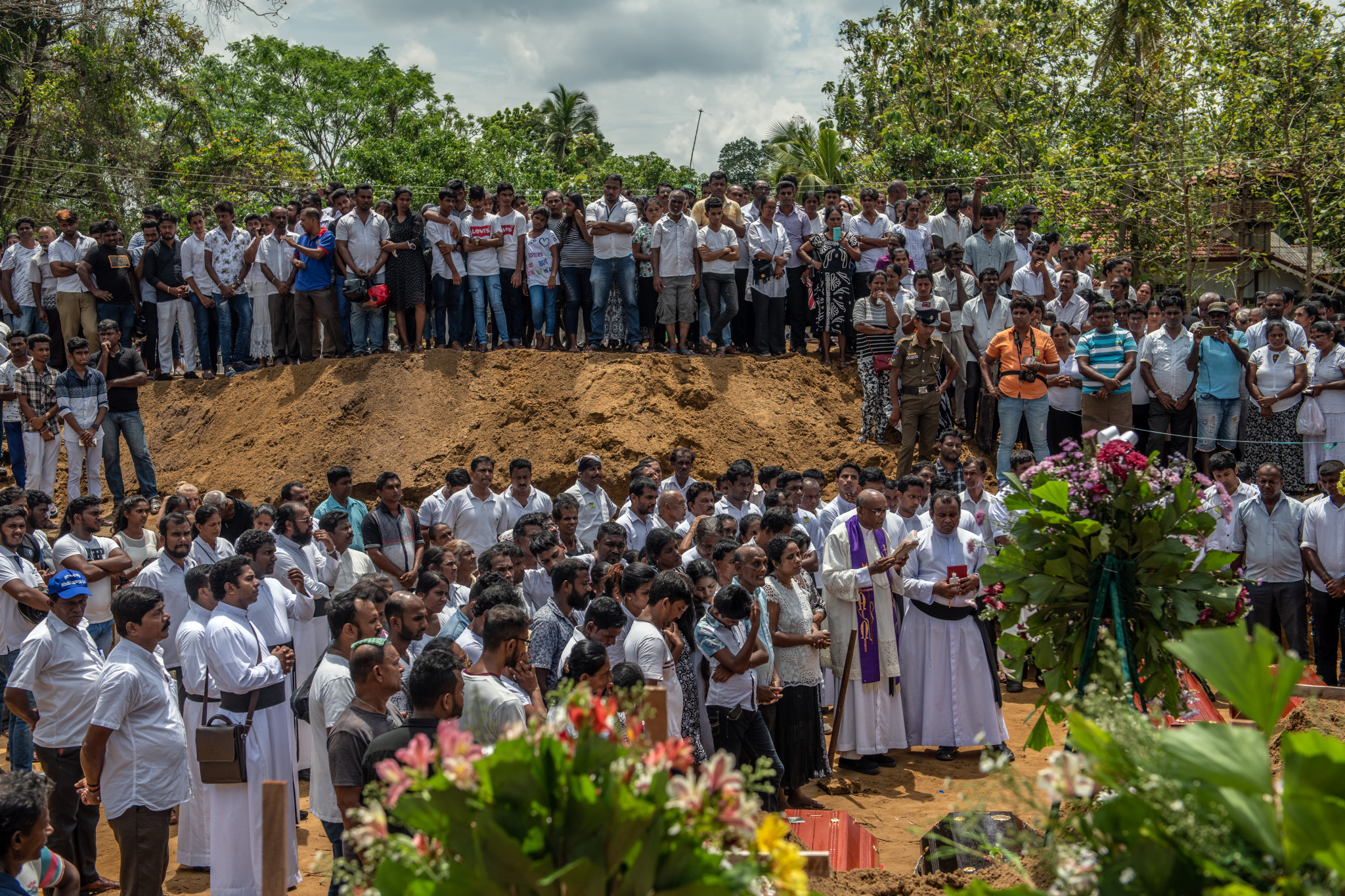 Bach said the IOC "stands in solidarity with the Olympic family in Sri Lanka" in a letter to National Olympic Committee of Sri Lanka President Surendran Subramaniam and secretary general Maxwell de Silva.

Defence Minister Ruwan Wijewardene said the death toll had risen to 321 people following the series of coordinated attacks on churches and high-end hotels, while around 500 have been wounded.

A first mass funeral for around 30 victims was held at St Sebastian church in Negombo, north of Colombo, which was one of the places targeted in the attacks.

Today was declared a national day of mourning by Sri Lankan authorities.

"The IOC utterly condemns these heinous and cowardly acts which targeted ordinary people as they celebrated a religious holiday or simply as they relaxed with their families," Bach said in a short statement posted on Twitter.

In the letter to the Sri Lankan NOC, Bach wrote: "It is with immense sadness that I learned of the shocking coordinated attacks in Sri Lanka over the Easter weekend.

"This was not only a barbaric attack on Sri Lanka, but also on the common humanity shared by all civilised people in the world and we stand in solidarity with the Olympic family in Sri Lanka in this time of mourning.

"My thoughts are with all those who are grieving this tragic loss of life.

"The IOC stands alongside Sri Lanka in these troubled times.

"Let us remember the unifying power of sport to bring people together in peace and reconciliation."

Police have detained more than 40 people in connection with the suicide attacks, the worst violence the South Asian island has seen since its bloody civil war ended 10 years ago.

The authorities have declared a state of emergency and are continuing to investigate.

Wijewardene told Parliament today that a preliminary investigation had found the bombings were in retaliation to the deadly attacks on mosques in Christchurch in New Zealand last month.

He did not provide any evidence to support his claim, according to reports.

Most of the dead and injured in the attacks, where six near-simultaneous bombs were detonated at places holding Easter mass, were Sri Lankan.

Olympic Council of Asia President Sheikh Ahmad Al-Fahad Al-Sabah said the organisation was "shocked and saddened by the tragedy" in a statement yesterday.