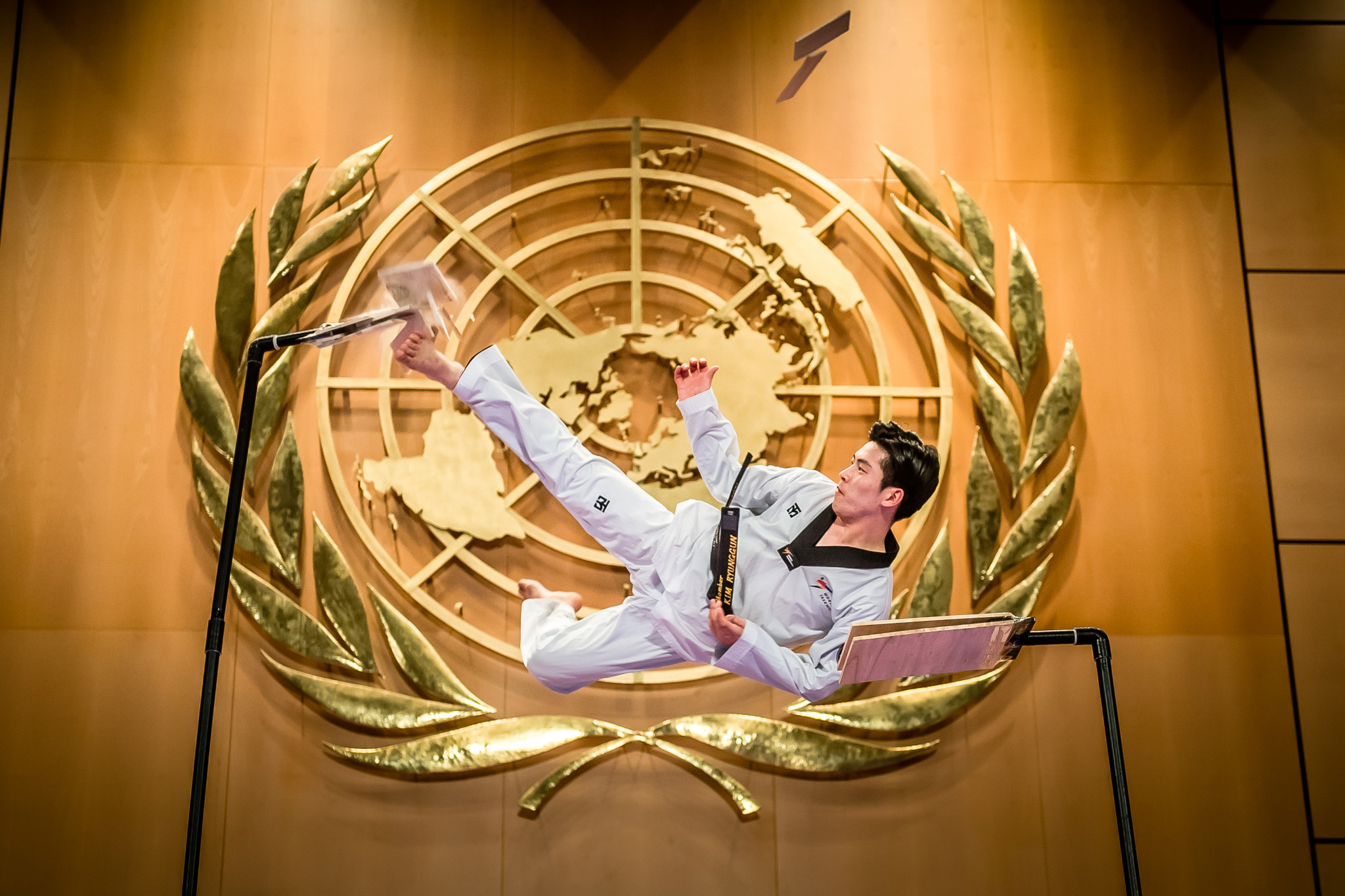 World Taekwondo (WT) and the International Taekwondo Federation (ITF) have concluded a week of joint demonstrations with a performance at the United Nations Office at Geneva.

The day started with a joint demonstration from the WT and ITF teams at International Telecommunication Union (ITU) headquarters in the Swiss city as part of the World Summit on the Information Society Forum.

ITU President Houlin Zhao was also present to give some opening remarks.

Following this, the delegation moved to the UN Office, where WT President Choue Chung-won gave an opening speech, followed by a congratulatory speech by ITF President Ri Yong-son.

UN Geneva director general Michael Moller then spoke of the importance of sport in bringing about peace.

"The performance we are about to see shows the power of sport, bringing peace, negotiation and friendship," he said.

"We are reminded of the spirit of this today as martial artists from each Korean nation come together.

"In the taekwondo world, the athletes commit themselves to justice and striving for a peaceful world.

"These kind of principles of taekwondo remind me very much of the values enshrined in the UN Charter."

With the event at the UN concluding a week of joint demonstrations, ITF President Ri expressed his desire to continue working with WT.

"Until now, we have been divided but now we are on our way to working together and making it one.

"I think it is good progress today.

"We have made an agreement between the two federations and so we both need to fulfil our obligation of working together."

The WT and ITF signed a Protocol of Accord during the Nanjing 2014 Youth Olympic Games under the guidance of the IOC and have held a series of joint demonstrations since.

This includes the notable joint demonstration held just before the Opening Ceremony of the Pyeongchang 2018 Winter Olympics.