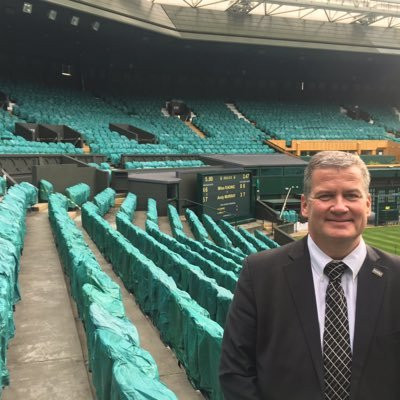 Denmark's Michael Ask has vowed to help improve the standard of anti-doping in less-developed countries after he was elected chairman of the Institute of National Anti-Doping Organisations (iNADO).

Ask, the chief executive of Anti-Doping Denmark, replaces Canadian Doug MacQuarrie, who had served the maximum of two three-year terms.

He was chosen for the position at the iNADO Annual General Meeting and has taken up the role with immediate effect.

Ask, a former detective chief superintendent and head of department with the Danish police, told insidethegames that the biggest problem facing iNADO was that there are still "black spots on the map where little or no anti-doping work takes place".

The Dane cited countries in Africa, the Americas and Asia as key areas where iNADO should look to strengthen the anti-doping structure.

"Although the World Anti-Doping Agency (WADA) has done a good job in promoting “helping programmes” and “peer-to-peer” systems, where one more well resourced NADO has helped another NADO, we feel that this work could be organised in a more structured and efficient way," Ask said.

"Several well resourced NADOs are ready to help even more, and we have had some very promising initial thoughts with WADA on how this could be done.

"We need to operationalise it of course, and we will have internal meetings at iNADO about this in the coming months, as well as further meetings with WADA on this important subject."

iNADO was vocally critical of the way WADA handled the Russian doping scandal, with Ask admitting the global anti-doping watchdog had voiced its disapproval with the rhetoric used by the umbrella body.

In September, iNADO reacted angrily after WADA controversially lifted the suspension on the Russian Anti-Doping Agency.

WADA officials have also criticised iNADO for their public statements in the fallout to the scandal but Ask is hopeful the relationship between the two can be repaired, although he claimed the governance system at WADA remains an issue.

"It was extremely satisfying to learn at the recent iNADO workshop that there was an overwhelming support among our members to the line we have chosen, including RUSADA," Ask added.

"NADOs are supposed to be independent from “other interests”, and when we feel that WADA, as the superior institution, has not been independent from political interest, we have reacted in the interest of protecting the spirit of the anti-doping system.

"Our criticism has never been directed towards the hardworking and skilled employees at WADA.

"Several good developments have been achieved at WADA the last couple of years, the International Standard for Code Compliance and the Investigation and Intelligence department to mention probably the most important ones.

"But the governance system at WADA is the problem.

"It is too dependent on the sports movement and also some Governments, who don’t recognise the importance of a truly independent anti-doping system that is not reliant on which countries are powerful in sports politics.

"Although we might still disagree on the handling of the Russian doping scandal, we also agreed that there are other and maybe even in the long run more important things to cooperate on."