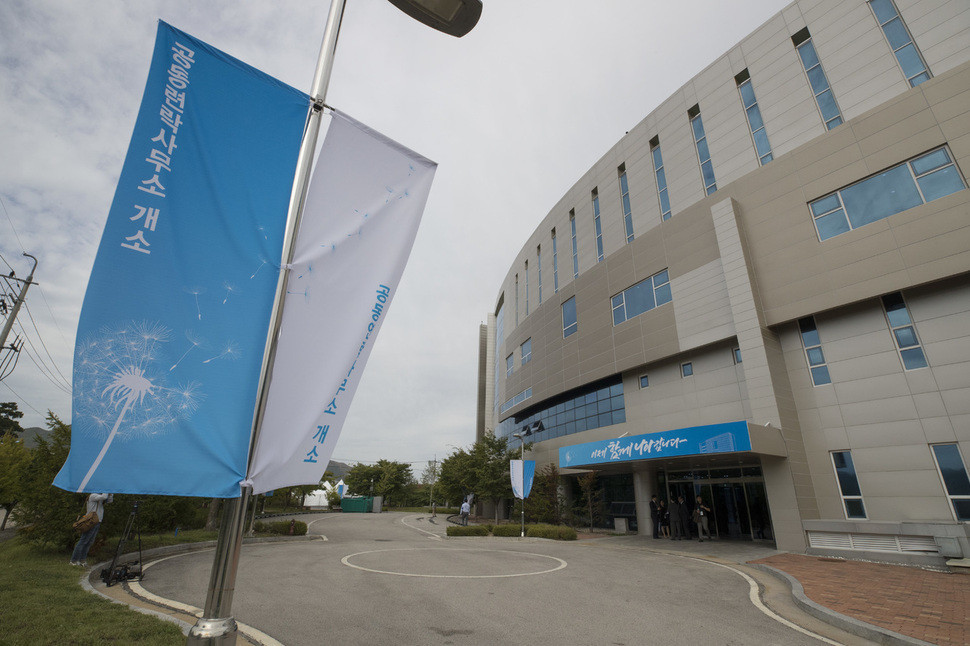 Several sports-related joint projects between North and South Korea, including a bid for the 2023 FIFA Women's World Cup and 2032 Olympic and Paralympic Games, could be in jeopardy after the Government in Pyongyang announced it was withdrawing from a joint liaison office near the demilitarized zone (DMZ).

The office has been a key symbol of the rapprochement and ongoing peace process between the two countries but its future is now in doubt after the United States slapped two Chinese firms with sanctions for doing business with North Korea.

It is the the first action taken by the US since the second summit between North Korean leader Kim Jong Un and US President Donald Trump in Hanoi last month ended early with no agreement.

South Korea's Unification Ministry announced the move, saying the decision to withdraw from the office based in Kaesong, a part of North Korea near the de facto border between the two countries, had been taken by the North on "instructions from the superior authority".

The withdrawal is a major setback for South Korean President Moon Jae-in, who has sought improved relations with North Korea alongside the nuclear negotiations between the North and the United States.

This has included on using sport as a vehicle to bring the two countries closer together.

The most high-profile of these projects has been the joint bid between Seoul and Pyongyang for the 2032 Olympic and Paralympic Games.

A delegation from North and South Korea last month visited the International Olympic Committee (IOC) headquarters in Lausanne to discuss the bid.

There were also discussions about unified Korean teams in several sports, including basketball, hockey, judo and rowing.

Earlier this week, FIFA announced a unified Korean bid was among nine candidates to host the 2023 FIFA World Cup.

The first casualty of the new tension appears to be handball, where it had been hoped a unified Korean team would take part in this year's women's World Championships in Japan.

Earlier this year, a unified men's team had competed at the World Championships in Denmark and Germany.

According to South Korea's news agency Yonhap, the International Handball Federation has informed the Korea Handball Federation that North Korea will not participate in this year's Women's Handball World Championships, due to take place in Kumamoto between November 30 and December 15.

The joint liaison office had opened last September as part of a series of reconciliation measures following North Korea's participation in last year's Winter Olympic Games in Pyeongchang, including the two countries marching together during the Opening Ceremony and a unified women's ice hockey team.

These included mutual dismantling of frontline guard posts and the halting of military exercises along their border.

The liaison office is the first since the peninsula was split into a US-backed capitalistic South and a Soviet Union-supported socialist North in 1945.

"The [South Korean] Government considers this withdrawal decision regrettable and hopes the North will return at an early date so that the office will be operated normally," he said in Seoul.