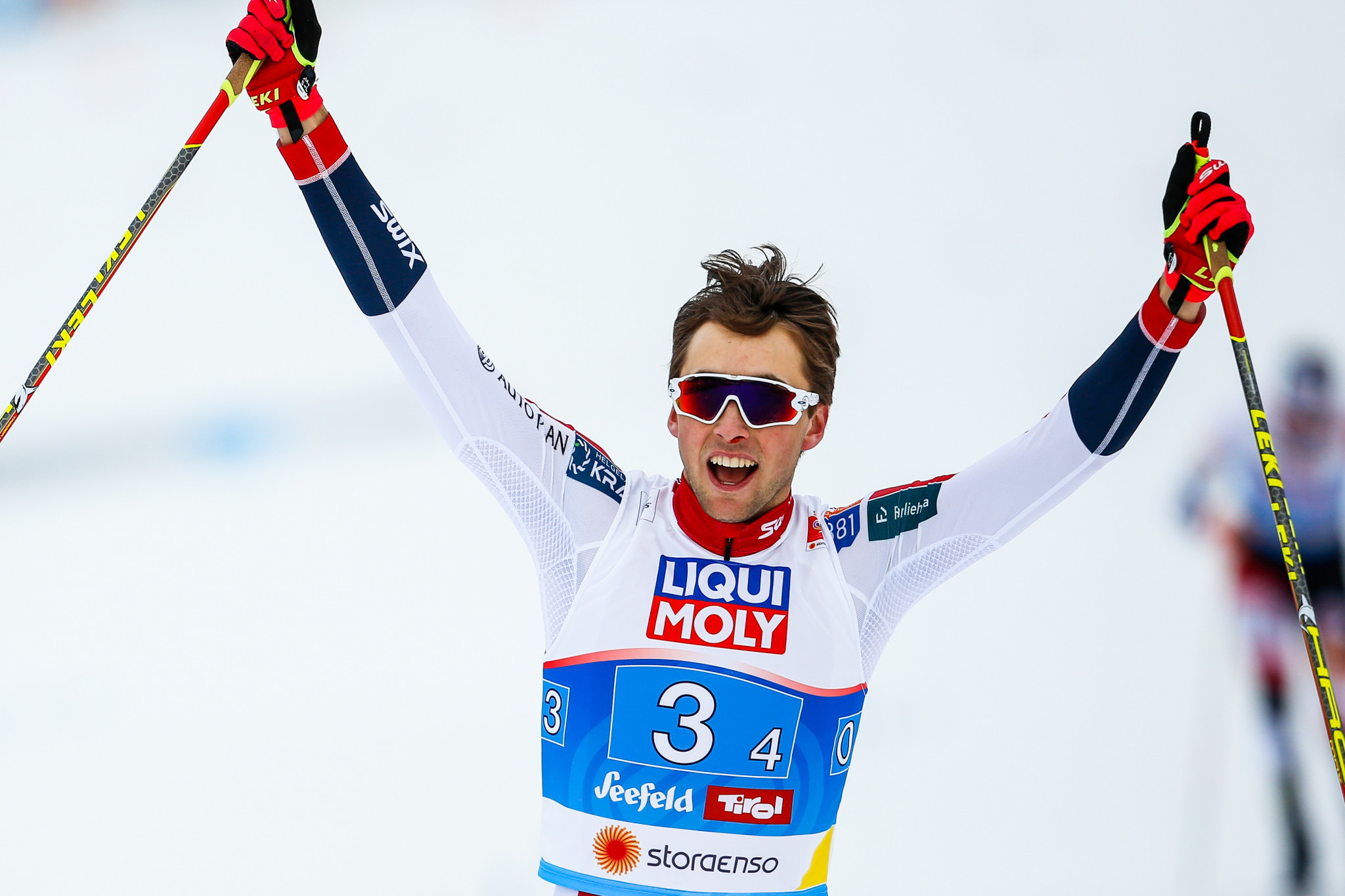 Norway’s Jarl Magnus Riiber equalled the record for most Nordic Combined World Cup wins in a single season with victory today in the final race in Schonach in Germany.

The 21-year-old double world champion, who had already sealed the overall World Cup title long before this weekend’s action, gained his 12th win of the season with victory in the second Gundersen of the weekend.

Yesterday in the weekend’s first race he finished third, which was the first time since January that he had failed to win a race and meant it became impossible for Riiber to set his own record this year.

Today though he bounced back from that relative disappointment to win in 25min, 14.9sec having scored 121.7 points in the jumping stage.

It means he equals the record of 12 wins in one season, originally set by Finland’s Hannu Manninen in 2006.

Finishing second on the day was Riiber’s compatriot Jan Schmid, who finished 25 seconds behind his teammate in 25:39.9.

Austria’s Bernhard Gruber, who won yesterday’s race, finished third this time out in 25:53.1.

It all means that with the season now over, Riiber takes the crystal globe by a huge margin, with 1,518 points, 625 ahead of Japan’s Akito Watabe.