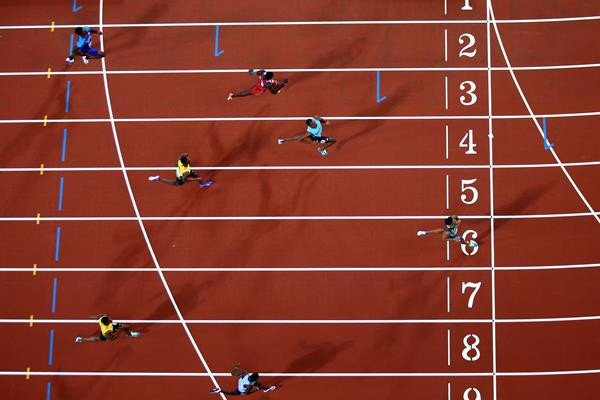 The International Association of Athletics Federations (IAAF) will partially employ its new world rankings - due to be introduced on a trial basis this season - to select athletes eligible for Olympic places in 2020.

Athletes will be able to qualify for Tokyo 2020 by virtue of their IAAF world ranking position in the selected event at the end of the respective qualification period.

But they will also be able to earn Olympic eligibility by the traditional method of achieving an entry standard within the qualifying period.

A release issued after the first day of the IAAF Council meeting in Doha said that this decision had been taken "after extensive consultation with key stakeholders".

The IAAF consulted with the Competition, Athletes' and Coaches' Commissions prior to this decision and will continue working with the Athletes' Commission, the Athletes' Representatives (ARs) and the Member Federations (MFs) to ensure the qualification system is well understood.

Workshops will be scheduled with athletes, ARs and MFs this year.

The release continued: "The process is designed to achieve about 50 per cent of the target numbers for each event through entry standards and the remaining 50 per cent through the IAAF world ranking system."

The Council has also approved the entry standards for the 2020 Olympic Games, and the timetables for three World Athletics Series events to be held in 2020.

In the first session of the two-day meeting, Sheikh Joaan bin Hamad al-Thani welcomed the IAAF Council to Doha, which will host the IAAF World Athletics Championships from September 27 to October 6 this year.

Sheikh Joaan, the President of the Local Organising Committee, emphasised his and Qatar's commitment to staging a world-class athletics championship in Doha later this year.

He also reiterated the work the Doha 2019 Organising Committee is undertaking to put operational plans in place and to prepare for the Asian Athletics Championships in April, which will be a test event for the World Championships

Athletes will have more opportunities to achieve the Olympic entry standards under the new system, which extends the qualification window by two months for most events.

This will start on May 1, 2019, instead of July 1, 2019, to include more international competitions such as the IAAF Diamond League, the first of which will take place in Doha on May 3.

The qualification period for the marathon and 50 kilometres race walk will close at the end of May 2020 to give the qualified athletes more time to prepare specifically for the Games.