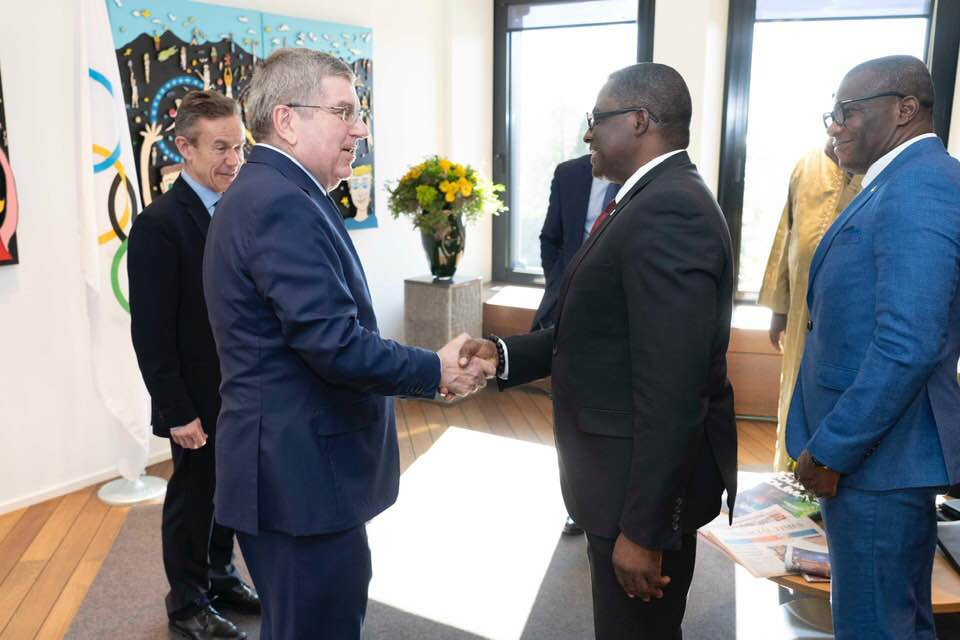 Mensah was accompanied by Richard Akpokavie, the general secretary of the GOC, Fred Lartey Otu, the treasurer and lawyer, and Jerry Ahmed Shaib, Ghana's Chef de Mission at Pyeongchang 2018 in what was only the country's second appearance in the Winter Olympic Games.

Olympic Solidarity, communications, legal and constitutional issues were among the topics the GOC delegation discussed with the IOC President.

Ghana made its debut in the Olympic Games under their colonial name Gold Coast at Helsinki 1952.

There were bronze medals for two other boxers, Eddie Blay at Tokyo 1964, also in the light welterweight division, and Prince Amartey as a middleweight at Munich 1972.