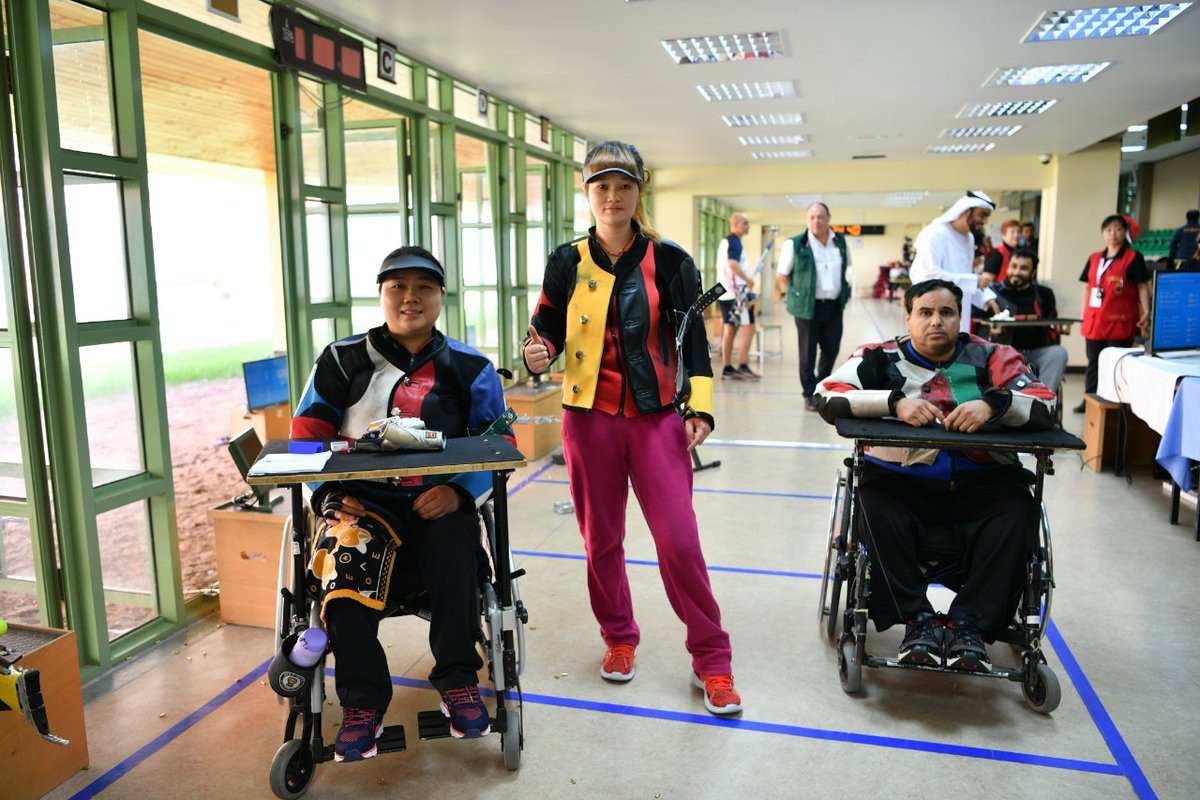 Yan, who came third in the women's 10m air rifle standing SH1 event at Rio 2016, triumphed with a total of 247.5 points at the Al Ain Equestrian, Shooting and Golf Club.

Rounding out the podium was home favourite Abdulla Sultan Alaryani with 225.5 points.

The Chinese shooting star fires her way to first place in the final, ahead of team mate Cuiping Zhang!#ShootingParaSport | @ISSF_Shooting pic.twitter.com/8f84dgChsD

Another notable performance came from 19-year-old Ukrainian Iryna Shchetnik, who ranked sixth with a junior world record of 163.3 points.

Action in Al Ain is due to continue tomorrow.

Competition is set to be held in the mixed 10m air rifle prone SH2 and mixed 50m pistol SH1 events.