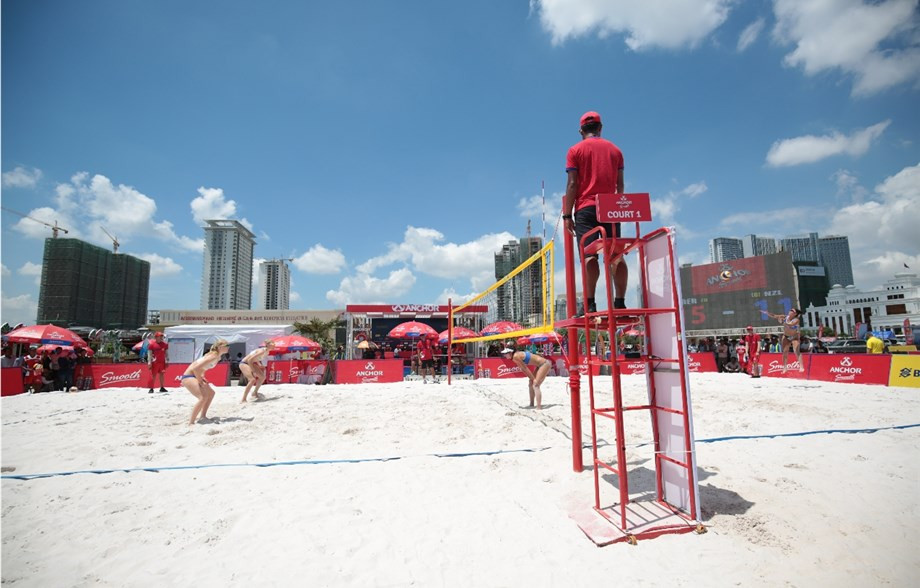 The International Volleyball Federation (FIVB) Beach World Tour is set to resume in Phnom Penh with the first of four events to be staged in Cambodia during the 2018-2019 season.

A total of 39 teams from 20 countries have entered the second annual Anchor Beach Volleyball Carnival, a women’s-only tournament scheduled to take place from tomorrow until Sunday (February 24) at the capital city's National Sports Complex.

Germany’s Anna Behlen and Sarah Schneider are the reigning champions but will not be competing this year in this FIVB two-star event.

The team they beat in the 2018 final, Japan’s Sayaka Mizoe and Suzuka Hashimoto, will be hoping to go one better.

Hosts Cambodia will have two teams in action with one made up of Mak Chanda and Soeu Sreynat and the other comprising Oeum Chansophy and Tom Kanha.

All four players will be contesting their first-ever FIVB Beach World Tour event.

Cambodia did not enter a team into the event last year when 29 countries from 17 countries fought for the medals.

Qualification at the 2019 Anchor Beach Volleyball Carnival is due to be held tomorrow.

It will be followed by pool play on Friday (February 22) and Saturday (February 23) before the semi-finals and medal matches on Sunday.

A second women's event in Cambodia on the international calendar is due to be held in Battambang from April 4 to 7.

Sandwiched between the two women's events in the Southeast Asian country will be men's-only tournaments in Kampong Speu, from March 7 to 10, and Siem Reap, from March 21 to 24.