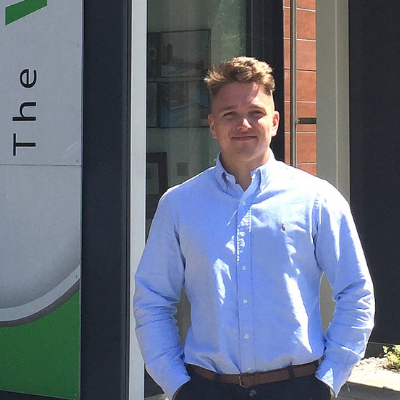 Unless you’ve been living under a rock for the last few years, you will have no doubt heard of the online gaming phenomenon, "esports".

Whilst perhaps not like traditional sports that require physical exertion, no one can deny its rise in popularity. As gaming is now worth more than video and music sales combined, and with news just announced that an esports competitor recently took to the real life track to race an former Formula 1 driver- only to go and win a race between the two - this platform’s popularity will only continue to prosper.

However, before any doping implications can be explored, the scene must be set: so what exactly are esports and how do they differ from traditional sports?

In the era of social media and influencers, esports is popular, with many competitors having built up both strong identities and fan-bases.

The International Olympic Committee (IOC) have acknowledged that esports could be considered a sport, which prompted other sporting events to express an interest, such as Paris 2024 although there’ll also be some form of a medal event at the 2022 Asian Games.

However, these advances have divided opinion, with some arguing that the games which stand as a foundation of the esports movement are too violent. However, whilst many argue that esports is too violent for the Olympics, including Thomas Bach, President of the IOC, back in September 2018 Rahul Sood, chief executive of esports betting company, Unikrn, believes that many within the esports community are dubious about the Games, due to 2018’s Winter Olympics in Pyeongchang being the least watched in history.

Sood argues that the Olympics needs esports to ensure future viewership, believing that esports brings disruption, unlike the Olympics which is so-called preservation of the past, although due to his position and vested interest, his opinion ought to be taken with a pinch of salt.

With professional sports clubs such as Manchester City creating their own esports team and prize money on occasion exceeding a million dollars, it comes as no surprise to learn that individuals within esports will turn to performance enhancing drugs - and such was the case in 2015, when a player and his team-mates admitted to using Adderall, a prescription medication used to treat attention hyperactivity disorder in children and adults. This then led to the Electronic Sports League (ESL) announcing the introduction of stricter doping measures at future events.

Ian Smith, Integrity Commissioner for the Esports Integrity Coalition explores the doping control operations across ESL and Intel Extreme Masters events. Currently, ESL, according to Ian Smith, are the only esports league to test players, although such is to be disputed as the FIFA eWorld Cup had drug tests for players and coaches, and they’re having to foot the bill themselves. Smith then goes on to argue that not only is this unfair, but suggests that a thorough policy and testing program is required to act as a deterrent, alongside education to ensure players understand the risks to their health and careers.

Esports is on the rise, and so too is the esports doping problem. With players wanting to increase reflexes and concentration through the likes of behavioural modification drugs such as Ritalin and Adderall, doping issues are prevalent although with steroids being semi-permanent and stimulants/amphetamines wearing off once the drug leaves the body, discussion is needed to create a thorough policy.

Ultimately, Adderall is one of the drug of choices for esports and its usage needs to be monitored.

When the industry becomes fully-regulated, with tamper evident doping control kits for clean sport across leagues both large and small, the number of doping incidents will be lowered and integrity will be restored. It has been identified that education and policy will be the clear drivers for regulation in this new and exciting industry.