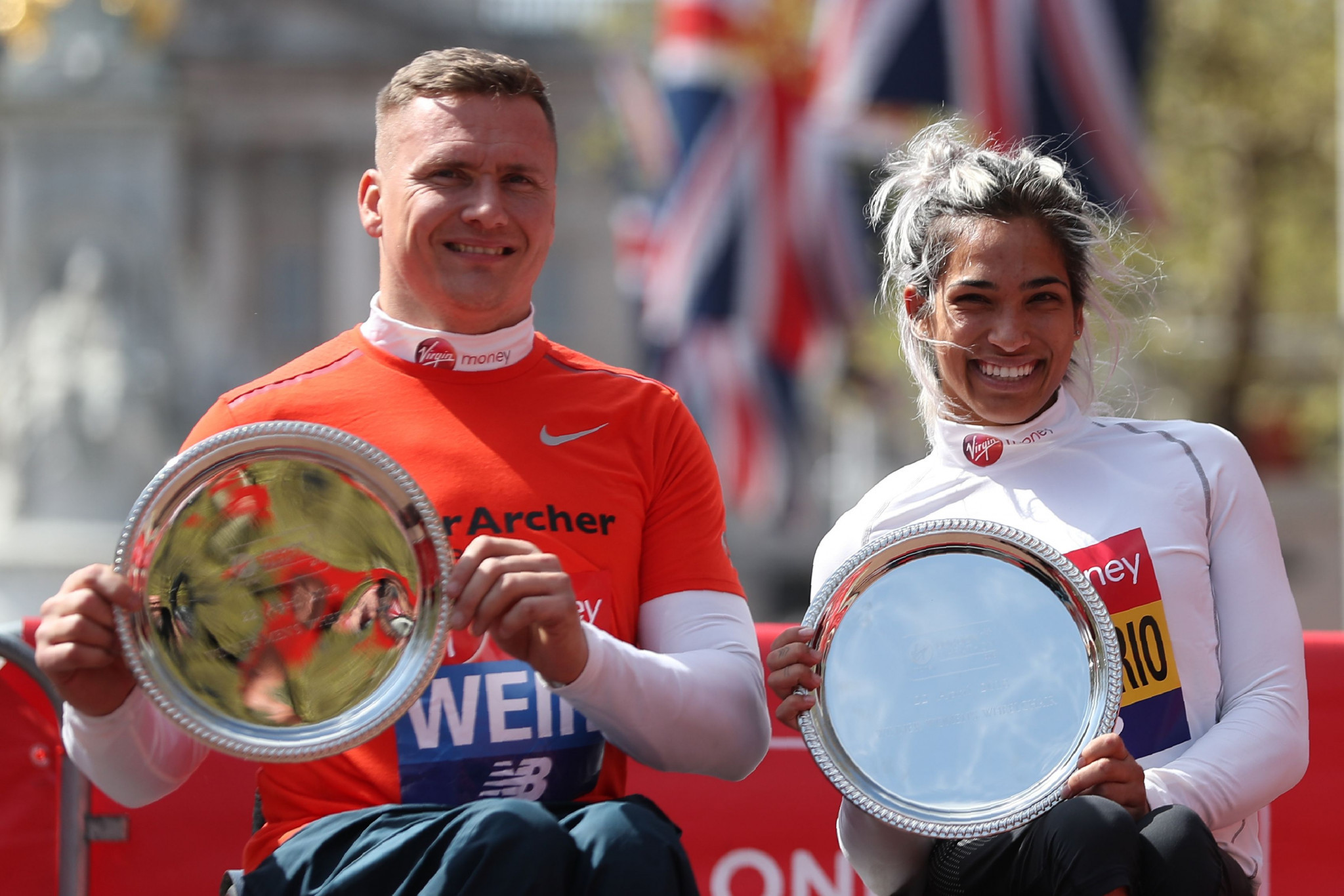 Britain's David Weir will race at this year's London Marathon for the 20th consecutive time, organisers have announced.

The 39-year-old six-time Paralympic champion first took part in the race in 2000 aged 19, when he finished fifth.

He claimed his first win two years later and has gone on to become the most successful athlete in the history of the London Marathon, having won it eight times.

In a statement Weir said it was “amazing” to be taking part again.

“It has been an incredible journey from my first London Marathon back in 2000 and I feel very proud that I have not missed a single race since that very first one,” he said.

“Every year I say to myself that even if I only do one race, it has got to be the London Marathon.

“It is such a special event for me.”

Weir had announced his retirement form international competition in 2017 following a dispute with a coach at the Rio 2016 Paralympics.

He then reversed that decision last year however, after admitting he had been battling depression.

“I wanted to jack life in, to be honest,” he told BBC Sport in September.

“I had had enough of everything."

Having had counselling to turn his life around, the four-time gold medallist from London 2012 now plans to race at the next Paralympics in Tokyo next year.

It marks a considerable u-turn from Weir, who initially claimed he would not wear the British vest again.

“I’m going to make sure I get to Tokyo, put the Great Britain vest on and feel very proud to wear it like I did in 1996 [his Paralympic debut],” he said last year.

“I’m going back on my word, but if I can still deliver and win a medal like I think I can, then why not?”

A full list of participants will be released next week.