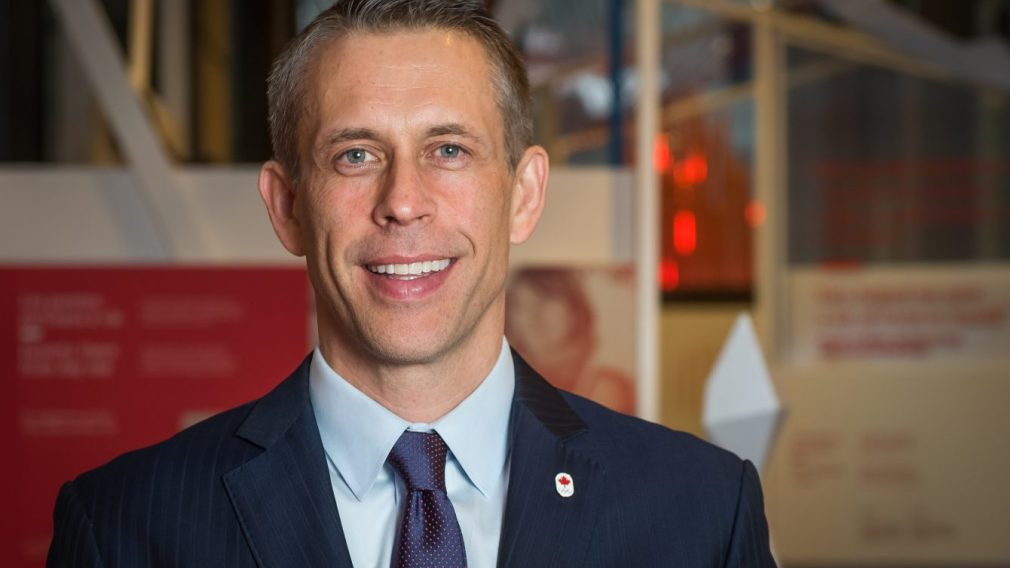 David Shoemaker has been appointed as the new chief executive and secretary general of the Canadian Olympic Committee (COC).

The move is a homecoming for the Ottawa-native who has spent seven years in the chief executive role at the National Basketball Association's (NBA) Chinese arm.

He will begin work on January 7 and replaces Chris Overholt, who stepped down in September to join esports company OverActive Media.

Shoemaker, who was President of the Women's Tennis Association before moving to China, will be based in Toronto.

Robin Brudner has served as interim chief executive and secretary general of the COC since Overholt's departure.

"Ever since the 1980 Winter Games in Lake Placid, I have been completely captivated by the Olympic Movement and all that it represents," said Shoemaker.

"This is a dream come true for me.

"I look forward to working with the staff at the COC, our corporate partners and the sport community to continue providing the necessary support for Canada's Olympic athletes to be their best on the world stage."

A lawyer by trade, Shoemaker learned Mandarin while in China which could boost the Canadian team at the Beijing 2022 Winter Olympics.

His remit will not include a home Games, with Calgary's bid for the 2026 edition collapsing after a failed referendum.

"We are thrilled that David will be joining our team as our new CEO," said COC President Tricia Smith.

"Along with an obvious love for sport, he brings to the role strong values and a collaborative and innovative style of leadership as demonstrated in his impressive work to date as a leader on the world sports stage.

"On behalf of the Board of Directors, I also want to thank Robin Brudner for agreeing to step in as interim leader during our search for a new chief executive officer and secretary general.

"The organisation benefited greatly from Robin's leadership in not only staying the course but moving our organisation forward during this period of transition."