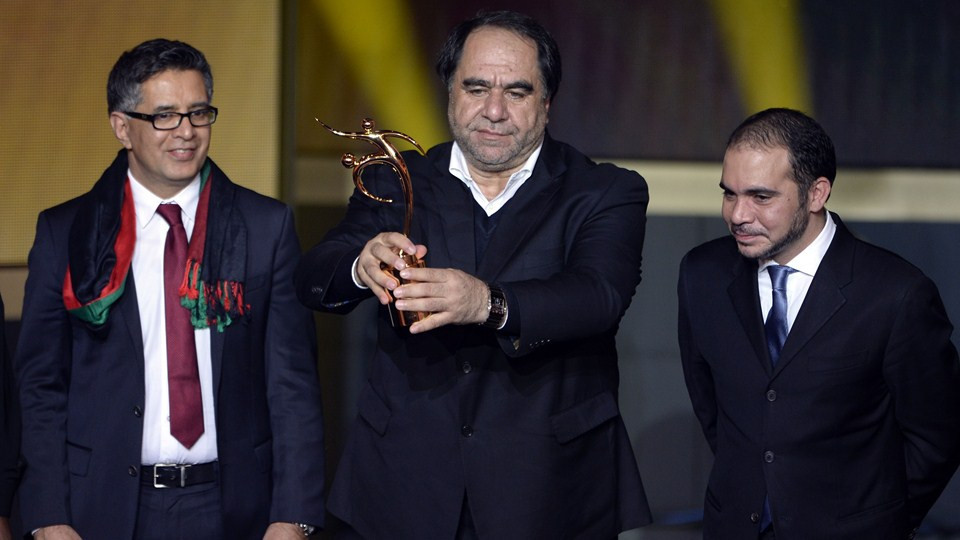 President of the Afghan Football Federation (AFF) Keramuudin Karim and five other officials have all been suspended following allegations of sexual abuse against players from the women’s national team.

The news was announced on Twitter by Fazel Fazly, a senior advisor to Afghanistan's President, earlier today.

It follows allegations first published in the United Kingdom newspaper The Guardian, that players from the women’s team have faced sexual and physical abuse including rape and beatings, from individuals including Karim.

The AFF have dismissed the allegations as "groundless", but the officials in question including Karim, have all left their roles while the Afghanistan Attorney General’s office carries out an investigation.

She fled Afghanistan two years ago and has since organised national team training camps in Jordan, Japan and the United Arab Emirates.

At one such camp in Jordan in February, Popal alleged officials sent from Afghanistan had bullied players into sex.

"They [the AFF] sent two male representatives, going under the title of ‘head of women’s football’ and ‘assistant coach’," she was quoted as saying.

"They were bullying and harassing the girls, particularly the ones from Afghanistan because they knew they wouldn’t speak up.

"I confronted them, told them they can’t do that and I’d make a complaint."

Popal added however, that the abuse continued regardless and that rather than being punished, both men have since been promoted.

"These guys were calling on the rooms of the players and sleeping with the girls," she said.

"AFF staff members would say to girls that they could get them on the team list and would pay them £100 ($127/€112) a month if they would say yes to everything.

"They were pushing and forcing the girls.

Popal also accused Karim himself of beating a girl with a snooker cue and calling players lesbians to stop them speaking out.

"If they spoke out, no one would listen to them because being accused of being lesbian or gay in Afghanistan is a topic you don’t speak about and puts you and your family in a lot of danger," she said.

Popal even alleged the President has a bed inside his office and that only Karim’s fingerprint can open the door, meaning once a player enters the room they cannot leave without his permission.

Since the allegations arose the AFF have released a statement saying it "vigorously rejects the false accusations" and that it has a "zero-tolerance policy" towards such behaviour.

However, such is the severity of the allegations the Afghan Government is now investigating, as is FIFA, who revealed they have brought in the United Nations to help "given the sensitive nature of the accusations and the danger to life posed".

Whilst Karim’s suspension has been confirmed, it is not clear who the other banned officials are.