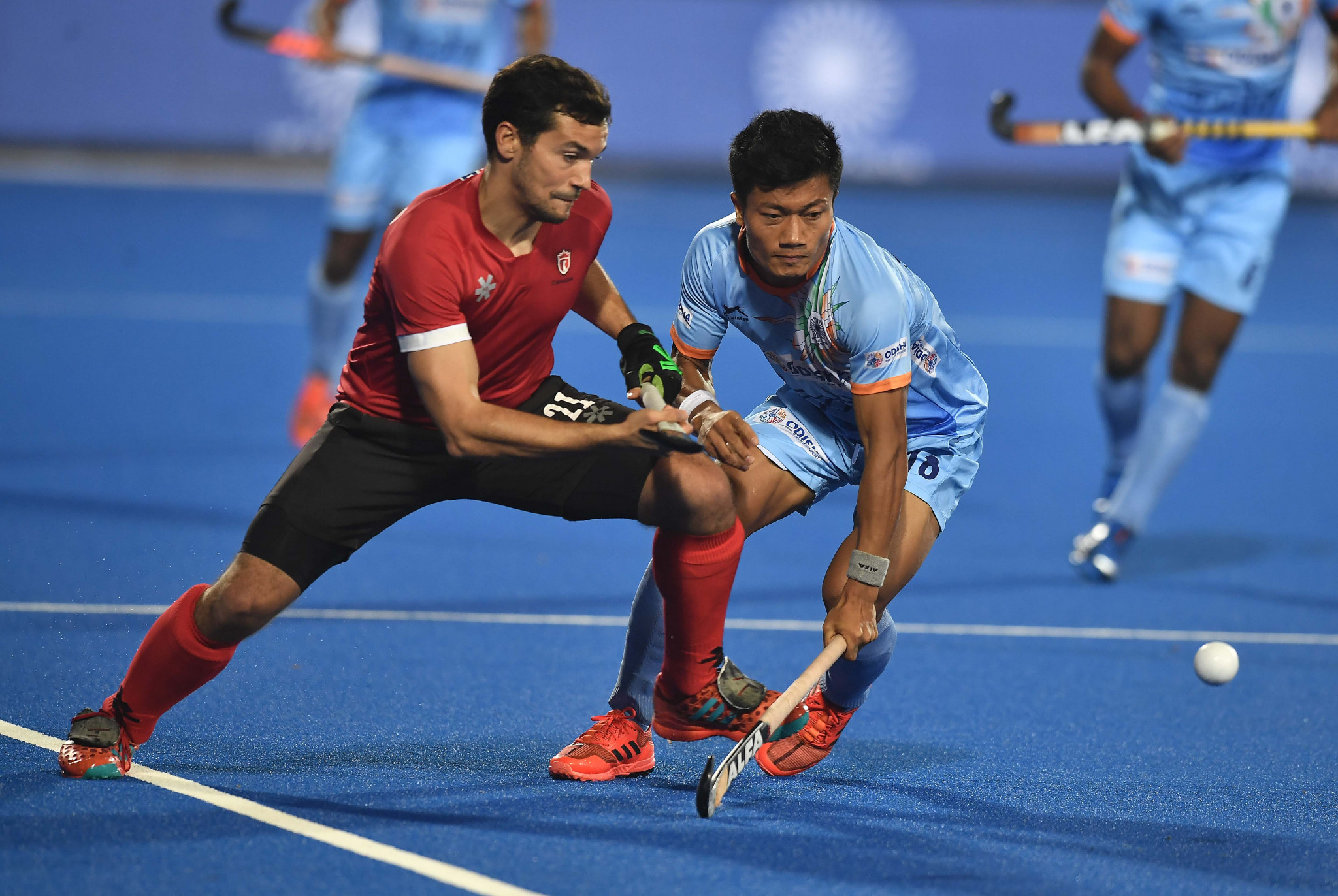 Hosts India thrashed Canada 5-1 to qualify directly for the quarter-finals at the Hockey Men's World Cup in Bhubaneswar.

The home side topped Pool C on goal difference following their success, but left it late as four of their goals arrived in the final quarter.

Belgium had earlier beaten South Africa by the same scoreline to briefly top the pile at the Kalinga Stadium.

But they only managed to draw level on goal difference to leave India just needing a victory to finish top.

They duly delivered as both sides finished on seven points, with India's goal difference plus nine and Belgium's plus five.

Belgium must now play in an additional crossover match to also make the quarter-finals.

Canada and South Africa both finished with a single point but, despite not winning a match during the group phase, the former have also reached the crossover phase after finishing third with a goal difference of minus five.

South Africa, ending on a goal difference of minus nine, have been eliminated.

The Canadians had not conceded from a penalty corner before their match but India's Harmanpreet Singh changed that in the 12th minute as he fired his side in front.

Canada played a defensive game to keep the Indians at bay until the fourth and final quarter, when finally the floodgates opened.

Chinglensana Kangujam rifled in one minute into the final stanza to ease home nerves before player-of-the-match Lalit Upadhyay made it 3-1.

Amit Rohidas converted from another penalty corner to make the game safe before Upadhyay's second added gloss to the scoreline.

"We really respect Canada because they made us struggle in the first half," said Indian head coach Harendra Singh.

"In the second half we stuck to our game plan.

"They relaxed more in the final quarter, they waited for the opportunities and they came in the fourth quarter.

"Now, we are in the play-off rounds, we are about to start climbing a mountain so there will be less oxygen, the fittest will survive.

"We will rest now and prepare and plan for the quarter finals.

"I think the right preparations, the right mood and the right atmosphere will help us achieve our targets."

With the Europeans needing goals, it was one-way traffic after that with Alexander Hendrickx equalising with 14 minutes played.

Further goals arrived through Loïck Luypaert and Cédric Charlier but Belgium knew they needed India not to win against the Canadians.

Undefeated Germany top the pile but could be overhauled by the Dutch, with all four countries potentially facing the crossover matches.