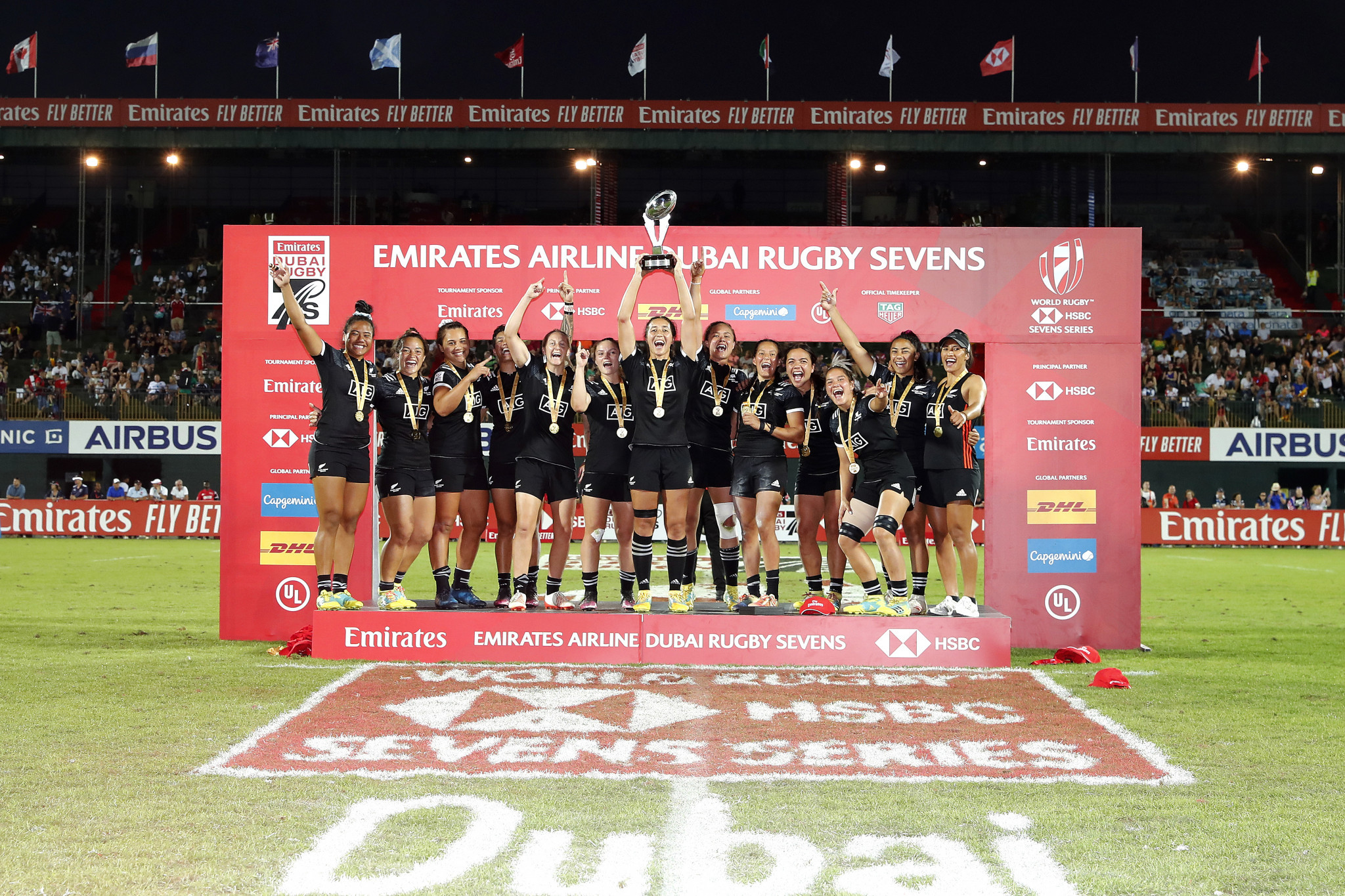 New Zealand defeated Canada in the final of the second stage of the HSBC World Rugby Women's Sevens Series in Dubai to win their fifth consecutive title from the competition.

New Zealand dominated against Russia in their quarter-final tie at the Sevens Stadium in Dubai, triumphing 31-0.

They then faced the United States in the semi-final, who had overcome France 12-10 in their quarter-final.

Again New Zealand were solid defensively, not conceding a point to beat the US 22-0.

In the final, they came up against Canada, who had also made it through the competition unbeaten, but New Zealand dispatched their opponents 26-14.

Canada had beaten Ireland 24-7 in the quarter-finals and Olympic champions Australia 15-10 in the semi-finals to make it to the last game of the tournament.

New Zealand's victory made it not only their fifth successive World Series title and they are also now 39 games unbeaten.

"I feel amazing - Dubai is one of my favourite places to play," New Zealand captain Sarah Goss, named player of the tournament, said.

"It’s been an amazing couple of days and I’m proud of the efforts of the girls.

"The new girls thrived and they will get better and better with the opportunity."

Australia secured a third-place finish after they defeated the US 26-21.

The next World Rugby Women's Sevens Series event is due to take place in Sydney from February 1 to 3.

There was also success for New Zealand team as the men's World Series got underway in Dubai today.

They won all three of their games to top Pool C, beating Wales 28-7, Spain 28-17 and the US 24-7 to progress to a quarter-final fixture against Scotland.

Fiji were another team to go unbeaten, winning 41-0 against France before defeating Scotland 21-17 and Kenya 43-12 in Pool B.

The Olympic champions are now scheduled to play the US in their next game.

The last tie of the day was a crunch game between Australia and England which would determine the winner of Pool D.

Australia narrowly won 22-19, and are now set to play Argentina in the quarter-finals tomorrow.

South Africa and England make up the remaining quarter-final fixture.