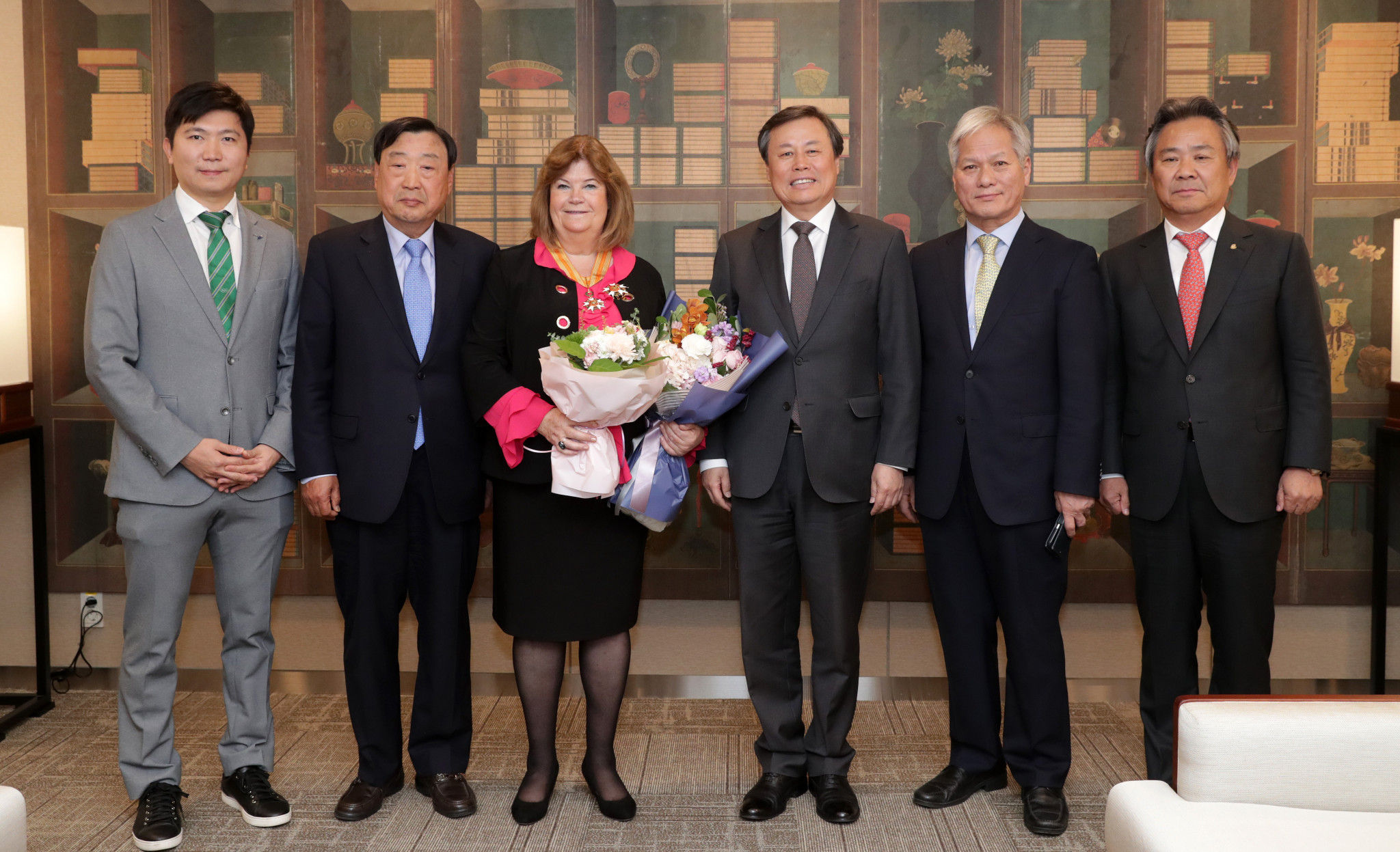 Association of National Olympic Committees (ANOC) secretary general Gunilla Lindberg has been presented with a prestigious award in South Korea in recognition of her contribution to the this year's Winter Olympic Games in Pyeongchang.

The Swede received the Maengho Medal - one of the country's highest Orders of Sport - as well as honorary citizenship of Gangwon.

Lindberg was chair of the International Olympic Committee's Coordination Commission for Pyeongchang 2018 and received her awards during a special forum dedicated to the "achievements and future tasks" of the Games.

Jonghwan Do, the Korean Minister of Culture, Sports and Tourism, presented the Order of Sport while the citizenship was bestowed by the Governor of Gangwon Province, Moon-soon Choi.

"It is a pleasure and honour to stand today in front of such a prestigious assembly," said Lindberg while collecting her accolades which she received on her way to the ANOC General Assembly, due to take place here next Wednesday and Thursday (November 28 and 29).

"In many respects, Korea has become my home and it is good to be back home with all of you.

"Especially when it is about remembering the wonderful journey we have had together to deliver the Pyeongchang Games."

Lindberg added: "I am extremely honoured for the awards I received.

"I accept them humbly on behalf of all those that have been working tirelessly within the Olympic Movement to support you in the delivery of the Games."

Some local reports, however, also claimed that Gangwon Province had been left with "massive debts" due to the Games.

Organisers also faced criticism for the lack of legacy plans at three venues but the Games were credited with helping to ease tensions on the Korean peninsula - with North and South Korea marching together at the Opening Ceremony and forming a joint women's ice hockey team.