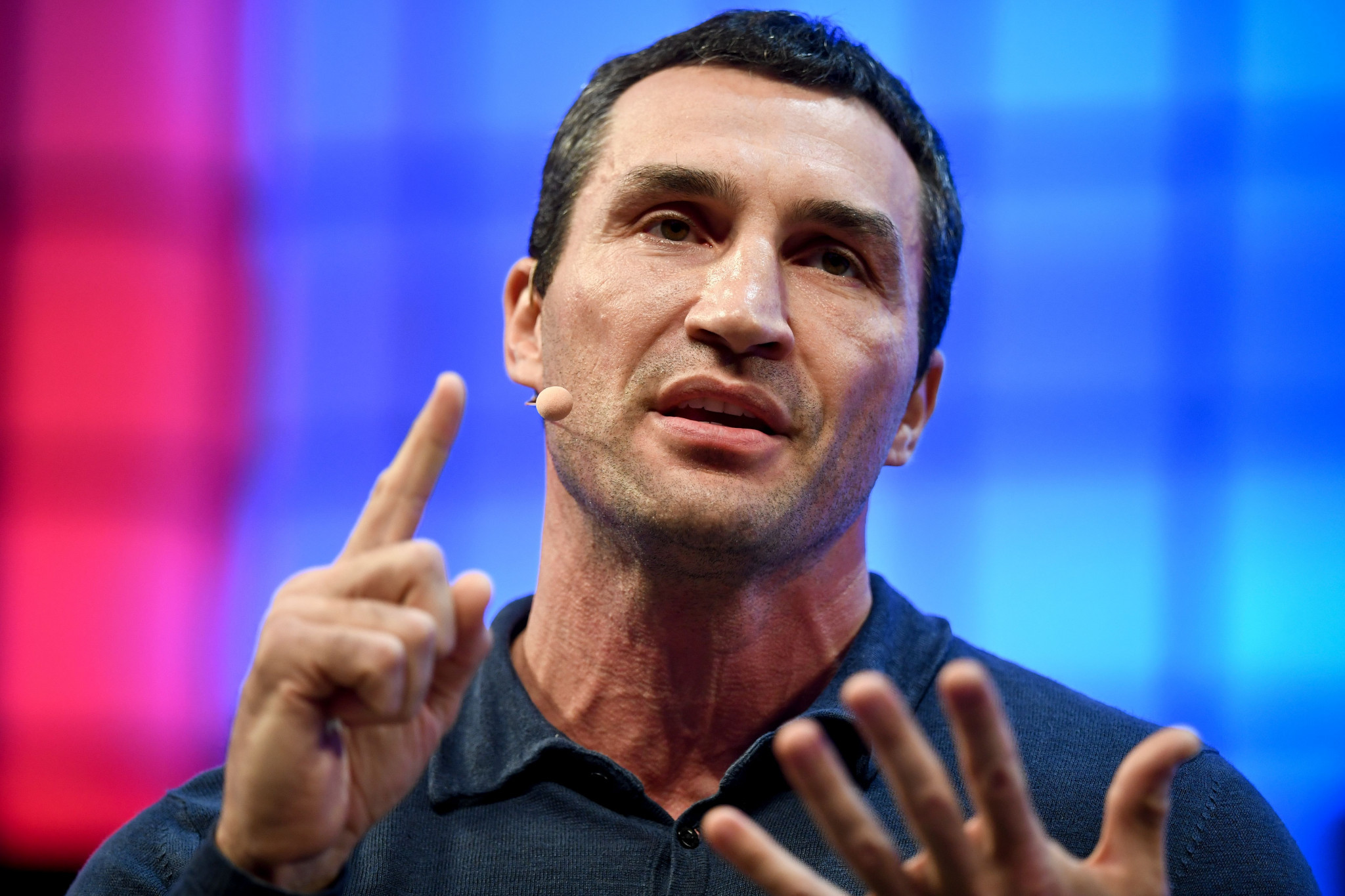 Former world heavyweight champion Wladimir Klitschko has claimed the World Boxing Association (WBA) should replace the International Boxing Association (AIBA) as the body responsible for organising the sport at the Olympic Games amid the doubt about its place on the Tokyo 2020 programme.

The International Olympic Committee (IOC) had threatened before the AIBA Congress in Moscow earlier this month that Gafur Rakhimov's election as AIBA President on a permanent basis puts boxing's place at Tokyo 2020 in serious jeopardy.

Rakhimov still won 86 out of 134 votes to comfortably beat his only rival, Serik Konakbayev from Kazakhstan.

The future of AIBA is expected to be top of the agenda when the IOC Executive Board meet in Tokyo on November 30 and December 1.

Among the options being seriously considered by the IOC is to suspend AIBA and establish a temporary governing body to oversee boxing at Tokyo 2020, including organising the qualifying for tournaments.

Klitschko, who won the super heavyweight gold medal at the 1996 Olympic Games in Atlanta and held world heavyweight titles as a professional from April 2006 until November 2015, has now expressed his wish to see the WBA step in.

"For the first time ever in boxing, the worst had happened," he said,

"We need a combined effort to protect life-changing dreams of athletes who want to participate in the upcoming Olympic Games,

"In an unprecedented shift that would rock athletics and the Olympics, boxing is in danger of being halted due to current dysfunction leading to losing the Olympic licence.

"I'm pleading with the national federations to continue signing with the pioneers of boxing, the world-renowned WBA.

"I'm also asking the IOC to consider the WBA as the organisation that will centralise the sport, while continuing to improve the protections and interests of its athletes and fans, and grant the Olympic licence to the WBA to represent the sport for the upcoming Games in Tokyo."

Klitschko’s backing for the WBA comes just two weeks after it was announced that the body has created a new office in the Olympic capital Lausanne, which is where AIBA is also based.

As reported by Boxing Scene, the WBA will work with the IOC, with which it will share knowledge and collaborate to solve the current problems of the sport.

Boxing is in danger of losing its license for the #Olympics in #Tokyo2020. @WBABoxing ProAm with its improvement efforts can represent the sport of #boxing for the upcoming games. I hope @iocmedia will take a look at those improvements. See my statement: https://t.co/a9h2kdXaV2 pic.twitter.com/Bh2339xHNy

When contacted by insidethegames for comment, AIBA said: "Everyone wants what is best for AIBA and boxing, especially when it comes to the development of our sport around the world from the grassroots to the elite as well as our Olympic future.

"This is exactly what the new AIBA, a democratic and transparent organisation that autonomously represents its members, is focused on.

"WBA is a private organisation, focused on professional boxing.

"If they are interested in supporting the development of our sport, we would be happy to have them as a sponsor for our international grassroots and development programmes.

"The organisation has never been in a better place than right now.

"AIBA’s leadership is fully committed and will continue to work hard to reinforce this positive development over the coming months.

"We look forward to our continued partnership with the IOC and Olympic Movement."

Despite the sport's Olympic future now being at risk, Rakhimov, described as "one of Uzbekistan's leading criminals", said his election as AIBA President was an "important step forward".

He denies any wrongdoing and has claimed to have "listened and learned" from the Olympic Movement.

Rakhimov has also suggested that he could step aside as President for a limited period to avoid putting the sport's Olympic place at Tokyo 2020 in jeopardy.

Konakbayev, meanwhile, is considered a potential candidate for a role in any breakaway group from AIBA.

AIBA has been in a rocky period since Taiwan's CK Wu stepped down as President last December following allegations of mismanagement.

Italy's Franco Falcinelli took charge on an interim basis but relinquished the role in January and was replaced by Rakhimov.

The Uzbek has claimed that AIBA was on the brink of bankruptcy until he took over as Interim President 10 months ago.

In the build-up to the election, Falcinelli was suspended from all of his roles in the sport following a letter he sent calling on members of the AIBA Executive Committee to back Konakbayev's candidacy.

However, the District Court of Lausanne ruled that the European Boxing Confederation head should still be eligible to stand for the continent's vice-president role and he was duly elected in Russia's capital.