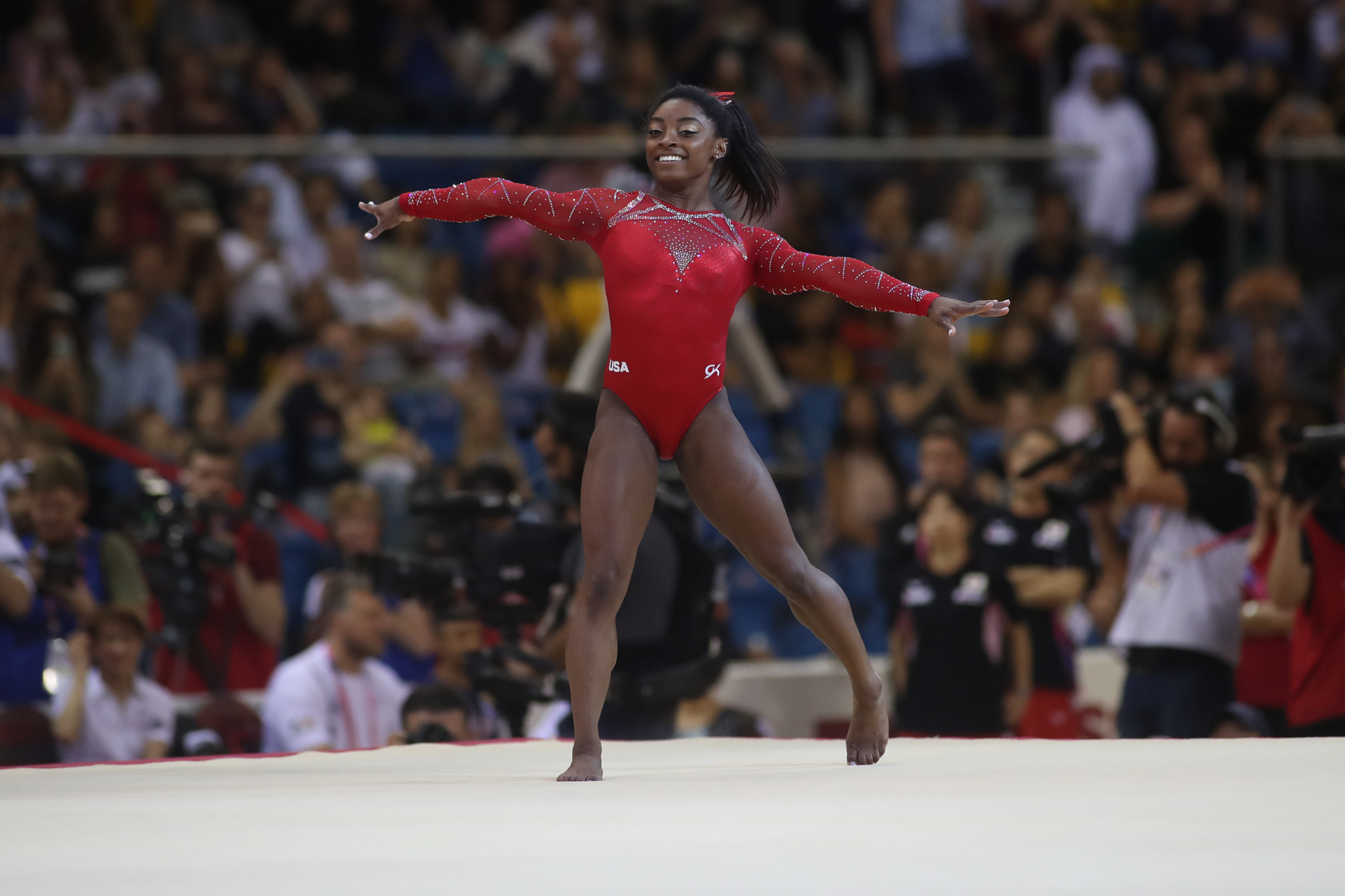 Simone Biles clinched a record-extending 14th Artistic Gymnastics World Championships title as she capped off a sublime display at the event by claiming gold in the floor exercise final in Doha.

The 21-year-old equalled the women's record for total World Championships medals as her balance beam bronze moved her to 20, the same amount won by Russia's Svetlana Khorkina.

The four-time Olympic champion also became the first gymnast in three decades to win a medal at each event in which she competed.

Biles led an American one-two in the floor final, producing another dazzling performance on her way to scoring 14.933 points at the Aspire Dome.

Victory for Biles completed a remarkable event for the American sensation, who was battling a kidney stone prior to the start of the Championships in Qatar's capital.

Biles finished with gold medals in the all-around and team events as well as in the vault and floor competitions.

She was unable to add to her considerable haul in the balance beam as she was forced to settle for third having managed a routine which yielded 13.600 in a relatively low-scoring final.

China's Liu Tingting took gold on 14.533, denying Canadian rookie Anne-Marie Padurariu what would have been a shock win.

Liu's compatriot Zou Jingyuan was even more impressive in his victory as he produced a near-perfect parallel bars routine to earn gold with a mammoth score of 16.433.

Zou's total was always going to be enough for the title, with Ukraine's Oleg Verniaiev claiming silver on 15.591.

Recently-crowned all-around world champion Artur Dalaloyan of Russia was the recipient of the bronze medal after amassing 15.366.

Dalaloyan did enough for silver on 14.883, while the disappointment continued for renowned twister Kenzo Shirai of Japan, who took bronze on 14.675 points.

Epke Zonderland, nicknamed the "flying Dutchman", lived up to his billing in the men's high bar final, considered one of the most spectacular events on the programme.

The 32-year-old London 2012 Olympic gold medallist left the crowd in awe with a routine which the judges rewarded with 15.100.

Japan's Kōhei Uchimura, who skipped the individual all-around competition to protect an injury, claimed silver on 14.800.