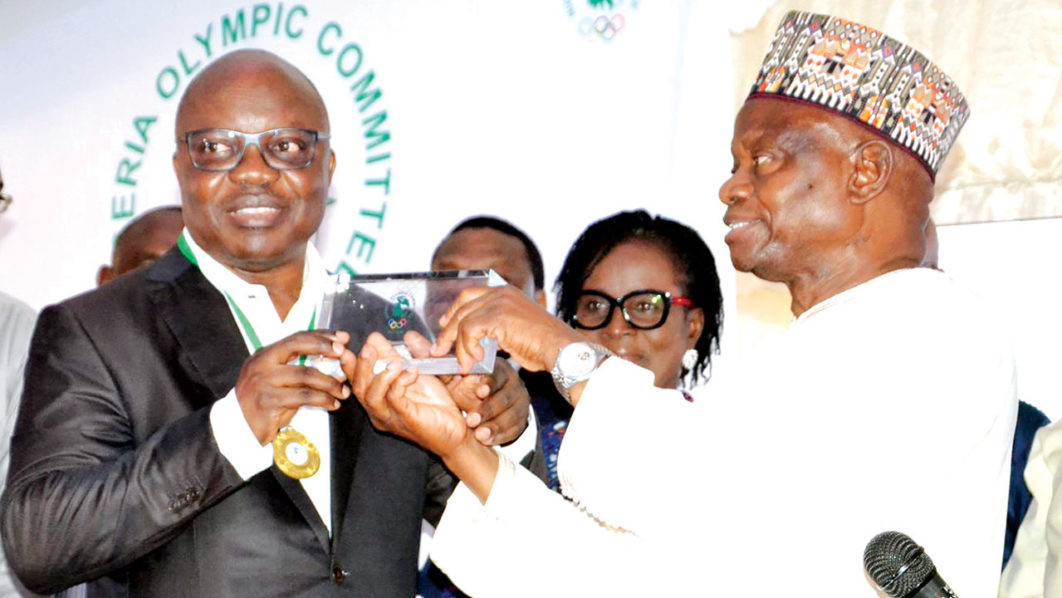 A number of prominent politicians and leading figures in society have been appointed patrons of the Nigeria Olympic Committee (NOC) during a special event in Lagos.

Among those sworn in at the investiture ceremony were His Royal Majesty, Oba S. A. Elegushi, the youngest Oba in Lagos, who promised to actively promote Nigerian sport.

The event, held at the Elegushi Palace, also saw Asiwaju Ahmed Tinubu, leader of the ruling All Progressives Congress and former Governor of Lagos State, sworn in.

The ceremony was attended by some of the country's leading sportsmen and women, including former Arsenal striker Kanu Nwankwo, a member of the Nigerian football team that won the Olympic gold medals at Atlanta 1996.

That is one of only three Olympic gold medals Nigeria has won since it made its debut in the Games at Helsinki in 1952.

The last gold medal came at Sydney 2000 and even that was only officially awarded to Nigeria's 4x400 metres men's relay team four years after the event when the the original winners, the United States, were retrospectively disqualified because of doping.

At London 2012 Nigeria won no medals and at Rio 2016 they claimed a solitary bronze in the men's football tournament, beating Honduras 3-2 in the play-off match.

Gumel, a member of the International Olympic Committee's ruling Executive Board, hopes the appointment of the patrons will help spark an upturn in Nigeria's fortunes.

"These are heavyweights who have accepted to be patrons of the NOC," Gumel said.

"They, no doubt, are going to bring their wealth of experience to support Nigerian sport.

"We are concerned about the welfare of the Nigerian athletes who toil day and night to bring glory unto our fatherland.

"We want the best for them.

"And for you to achieve that, you must have support, moral and financial to equip them to go higher."

Another ceremony to swear in patrons of the NOC is due to be held in Nigeria's capital Abuja today.

Among those set to be honoured are former NOC President Adamu Dyeri.