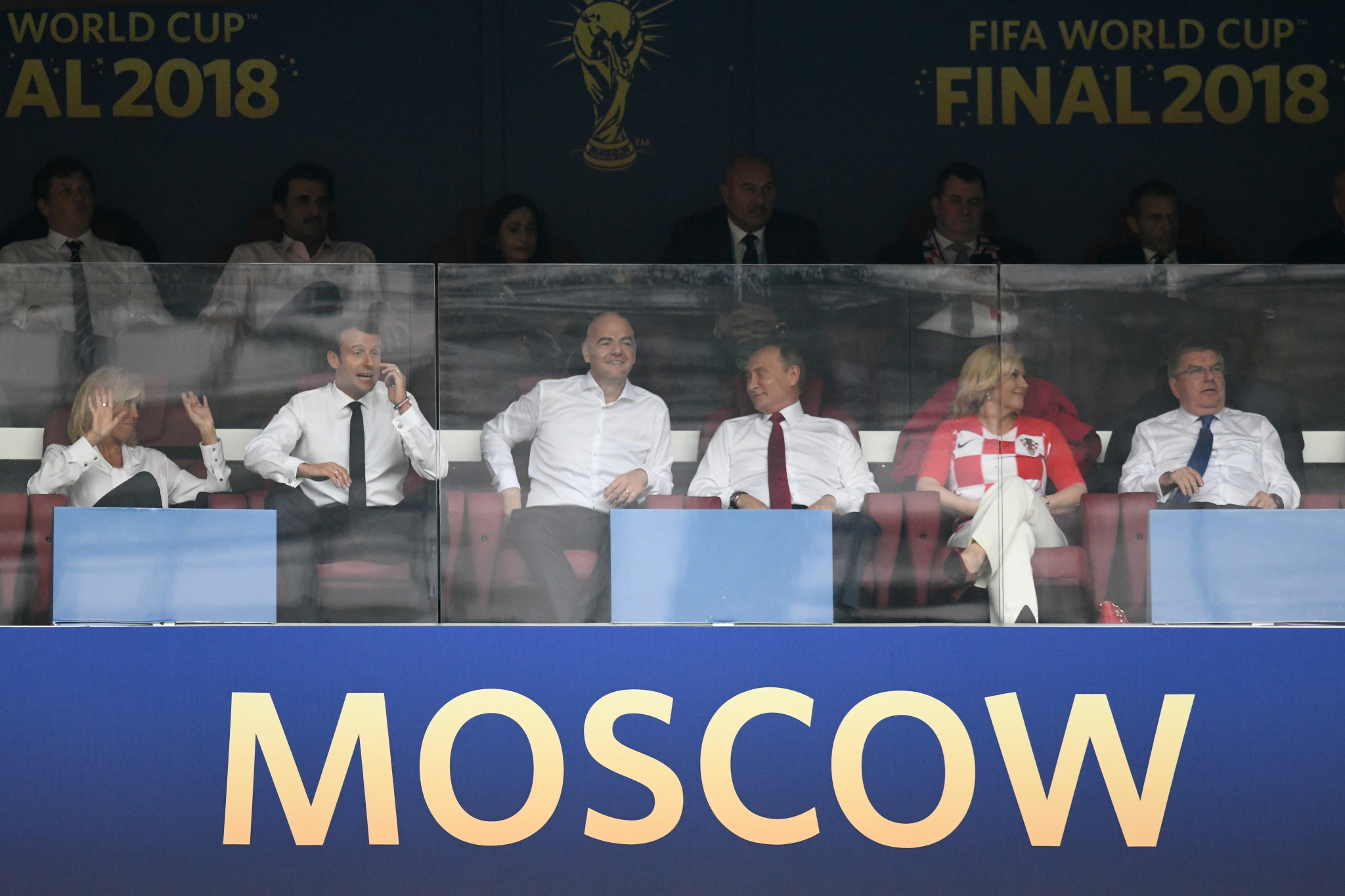 The figure was revealed in a report on the economic, social and environmental impact of the tournament by Alexey Sorokin, the chief executive of Russia’s World Cup Organising Committee.

“The figure the report comes up with is quite surprising,” Sorokin told a football conference in Qatar, which will host the next World Cup in 2022.

According to Sorokin the report calculated that the impact of the World Cup on Russian gross domestic product (GDP) between 2013 and 2018 was 952 billion roubles - the equivalent of 1.1 per cent of GDP.

The report, prepared by Russian World Cup organisers, also claimed that the tournament created up to 315,000 jobs per year in Russia and would still have an impact on the economy over the next five years.

Despite warnings prior to the tournament over hooliganism and the political situation involving Russia and Western countries, the 2018 World Cup was considered a success.

The figure outstrips the estimated 688 billion roubles ($10.5 billion/£8billion/€9.1billion) spent on hosting the tournament from all sources.

The World Cup saw a huge influx of visitors into Russia from the 31 other nations competing at the tournament, with 84 per cent of foreign fans saying they had changed their opinion of Russia for the better, and 90 per cent claiming they would recommend visiting the country, organisers added.

More than a million fans visited games at the tournament, 600,000 of whom were locals, organisers added.

The World Cup also saw the successful implementation of the FAN-ID system, under which foreign supporters with match tickets were allowed visa-free entry into Russia – something which is for major sporting events in the country in future.

Interest in football among Russians has increased from 48 per cent of the population in 2010 to 71 per cent in 2018, after the Russian team made history on home soil by reaching the quarter-finals for the first time since the end of the Soviet Union.