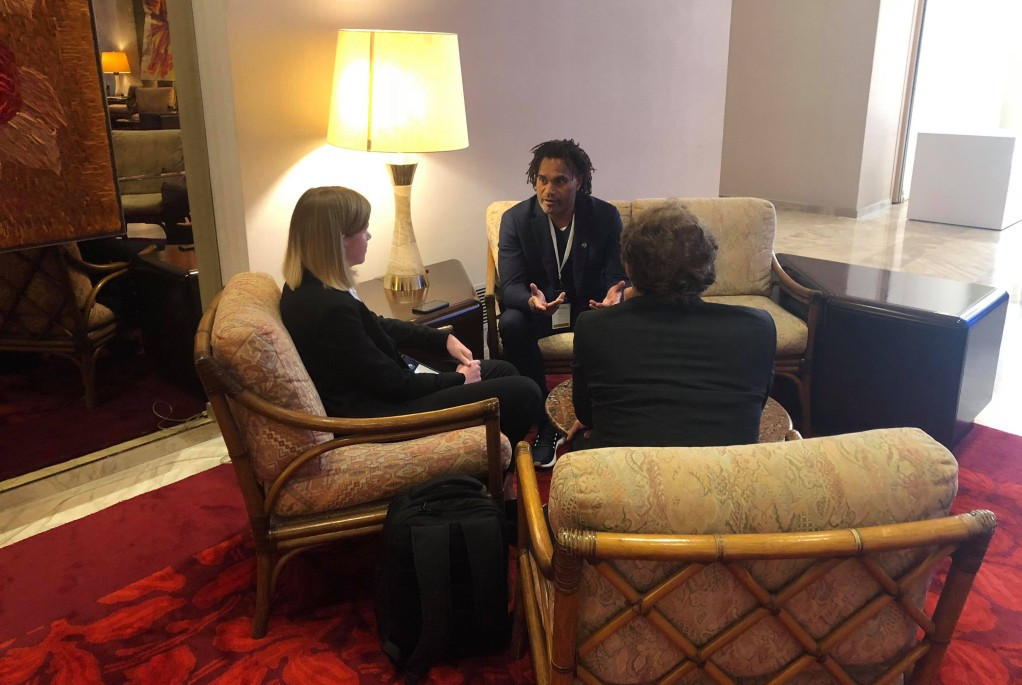 French World Cup winner and Champion for Peace Christian Karembeu spoke at the Peace and Sport Forum here today about the role football can play in getting more sports and athletes involved in peace initiatives.

The defensive midfielder was the first footballer to become a Champion for Peace before accompanying Peace and Sport President and founder Joël Bouzou of France on a trip to Haiti after it was devastated by earthquakes.

Since then, he has continued to take an active role as a Champion for Peace, speaking in a session at today's Forum looking at investing in human capital for social and economic development.

He joined Honey Thaljien, captain of the first Palestinian women’s football team, Paralympian and 400 metres world champion Michail Seitis of Greece and the former captain of Greece's national basketball team Michalis Kakiouzis to share ideas on the power of sport.

"I think we need to focus on sport as a global language," Karembeu said afterwards.

"This is the main difference and advantage over the other sports.

"When we talk about football, the social impact of football is very very high, because a lot of footballers come from poor areas and we can see that from Pele to Neymar.

Last session of the morning with @honeythaljieh & Christian @Karembeu sharing thoughts on the power of sport. #RhodesToPeace pic.twitter.com/nXpwNICOVm

Karembeu, now 47, added: "The power of that connection with the fans is very high.

"The fans are more than a country all together sometimes.

"So we can move forward with football.

Karembeu, originally from New Caledonia, moved to France when he was 17 on a football scholarship, going on to feature for the likes of Nantes, Real Madrid and Olympiakos.

He was a Champions League winner with Real Madrid, and won the 1998 FIFA World Cup with France.

Karembeu cites the ability of sport to take him from a disadvantaged background in New Caledonia to such a glittering career as the reason behind becoming a Champion for Peace.

"It was impossible not to," he said.

"Sport should be a platform to make a better future for our kids and for our planet."