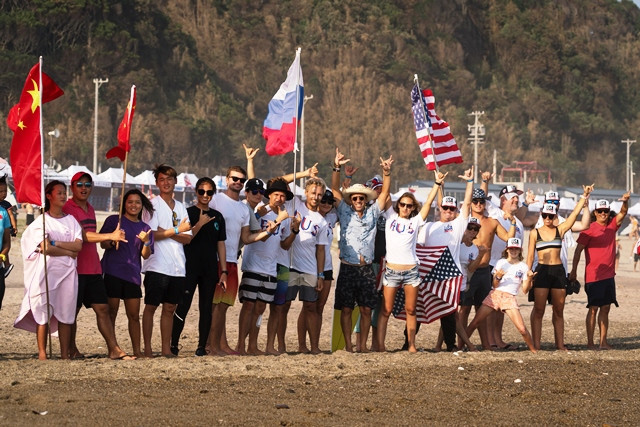 Fernando Aguerre has been re-elected to serve a ninth term as President of the International Surfing Association (ISA) after he stood unopposed at the organisation's Annual General Meeting in Japan.

Aguerre, who first assumed the position in 1994, was confirmed for a fresh term at the meeting, held during the World Surfing Games in Tahara.

"My first words are ones of gratitude to the ISA Members for the continued confidence and support of me on this amazing ride," said Aguerre, who has overseen the elevation of surfing onto the Olympic programme at Tokyo 2020 during his tenure as President.

"I am as passionate for surfing and the ISA as I was when I first started.

"I am honoured to be able to continue to lead this organisation and to dedicate my time and efforts to this worthy cause as we look ahead to a bright future."

Reforms to the ISA were also passed at the meeting, including expanding the Executive Committee from five members to eight.

One of these positions is reserved for the chairperson of the Athletes' Commission, meaning Justine Dupont of France will become part of the ISA's ruling body.

Both are "two accomplished leaders in the ISA's medium and long-term ambitions for Olympic surfing", according to the ISA, who are hoping to secure their place on the programme at Paris 2024.

"The sport of surfing and the ISA have come so far since I first took on this challenge and commitment," added Aguerre.

"We have taken the sport to places that we never thought imaginable, all the way to the Olympic Games.

"But we have also seen huge growth in the ISA, bringing surfing to new corners of the globe, to non-traditional surfing nations, giving children hope and a dream that they had never fathomed.

"As one man, I am nothing, but with the great work of friends and supporters from around the world, we have been able to grow and develop surfing as a true force for a better world.

"I am excited to see where we can take the sport together, all the way to Tokyo 2020 and well beyond."

The event is scheduled to continue tomorrow.