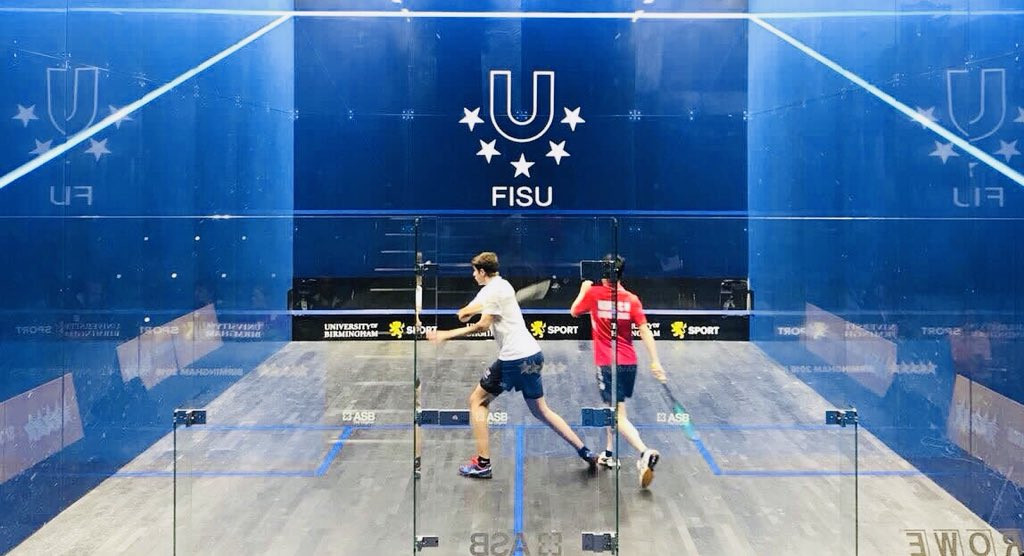 Top seed in the women's singles Grace Gear has been knocked out of the World University Squash Championships in straight games on day two of the competition.

The British player fell to a 11-6, 12-10, 13-11 defeat to South Africa's Alexa Pienaar at the University of Birmingham, in what was only her second match of the Championships after receiving a bye in the first round.

It took the South African 36 minutes to see off the tournament favourite, meaning she will now face Malaysia's Zoe Foo in the last four.

The Malaysian booked her place in the semi-finals with an emphatic 11-7, 11-7, 11-4 win over Australia's Shehana Vithana, which took just 20 minutes.

Britain's Lily Rhian Taylor and another Malaysian in Aika Azman make up the other semi-final tie, having also made it through with two straight games wins.

The second seed, Joshua Masters from Britain, is also through on home soil having eased past David Zeman from the Czech Republic today, 11-1, 11-4, 11-8.