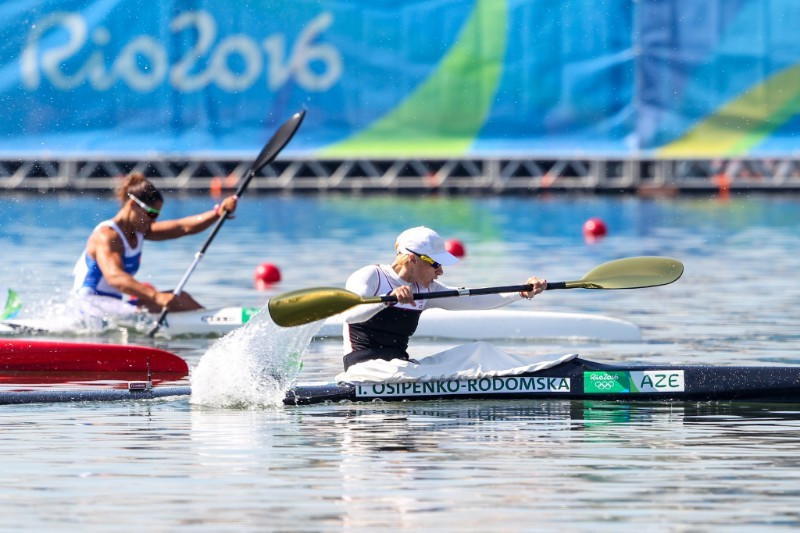 Olympic canoe sprint gold medallist Inna Osypenko-Radomska has been given a four-year ban after she refused to take a drugs test, it was announced today.

The International Canoe Federation (ICF) confirmed the 36-year-old, who won the K1 500 metres gold medal for Ukraine at Beijing 2008, had been suspended following her refusal to undergo an out-of-competition test in May.

Osypenko-Radomska claimed four Olympic medals for Ukraine before switching her allegiance to Azerbaijan in 2014.

She then won a bronze medal for Azerbaijan at the 2016 Olympic Games in Rio de Janeiro.

Osypenko-Radomska, a multiple World Championships medallist, has not competed since refusing to take the test and has 21 days to appeal the decision from the ICF to the Court of Arbitration for Sport.

ICF general secretary Simon Toulson claimed the length of the ban handed to Osypenko-Radomska should act as warning to other athletes who are found guilty of breaching anti-doping rules.

"A four-year ban sends a clear message to all our athletes that they are expected to play by the rules," said Toulson.

"If an athlete believes by refusing or evading a drug test they will escape a ban, they need to think again.

"We will ensure they face the full force of the law.

"The ICF is determined to wipe out drug cheats from our sport.

"We owe it to the hundreds of clean athletes, our fans and thousands of volunteers who give up their time to help make canoeing one of the most exciting sports on the planet.”

She also earned bronze in the K4 500m at Athens 2004 before she became world champion in the K1 event over the same distance in 2010.