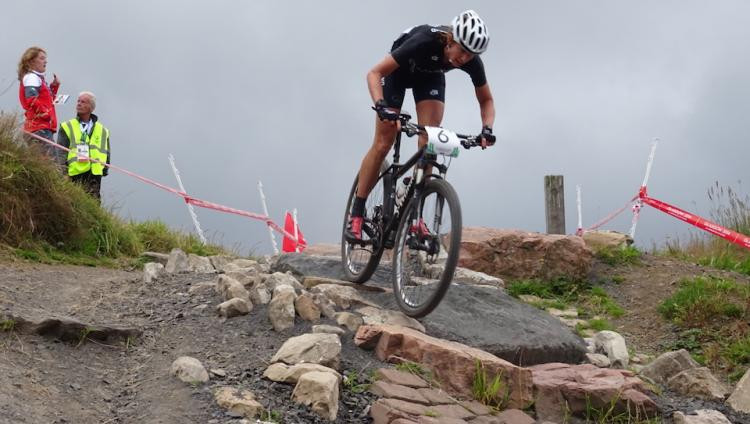 The course is a revamped version from the one used at the Glasgow 2014 Commonwealth Games here.

New features include a brand new start and finish loop which has been built to International Cycling Union standards.

Technical elements of the Scottish course include short sharp climbs and flowing single track downhill sections, as well as the "double dare" section which will see athletes racing head to head on parallel tracks.

Vogel won the men’s elite race last year in Italy and the 36-year-old’s chances of retaining the title were boosted by the absence of his compatriot Nino Schurter.

The Olympic champion has proved the dominant force in men’s mountain biking in recent years, but has opted to focus on the upcoming World Cup in Canada, which is taking place later this week.

"Nino is the dominant rider, but is focusing on the World Cup and World Championships in September, so the fact he is not in Glasgow makes it a bit easier," said Vogel.

"I have been very happy with my performances in the World Cup.

"I have been consistent with placings in the top 10.

"I've not been on the podium, but I'm confident of doing well in my next couple of races.

"The mountain biking competition is very close between all the top riders."

Marianne Vos achieved the feat with the women’s national titles.

Van der Poel will hope to make an impact in the men’s mountain bike race in Glasgow, as the 23-year-old seeks to expand his ever growing list of accomplishments.

London 2012 Olympic champion Jaroslav Kulhavy of the Czech Republic will be another potential contender to claim the men’s title, along with Switzerland's Lars Forster and France's Stephane Tempier, the top ranked rider in the field.

Riders in the men's event will complete either six or seven laps of the 5.5 kilometre course depending on weather conditions, with an additional start loop taking place on the opening lap.

The women’s race will see either five or six laps contested.

Last year’s champion Yana Belomoina of Ukraine will not defend her title tomorrow.

It leaves world champion Jolanda Neff as favourite for the race, as she seeks to reclaim the title.

The Swiss rider won the European title in 2015 and 2016, while she also won gold at the inaugural European Games in Baku.

Mountain bike is part of the multi-sport European Championships here.