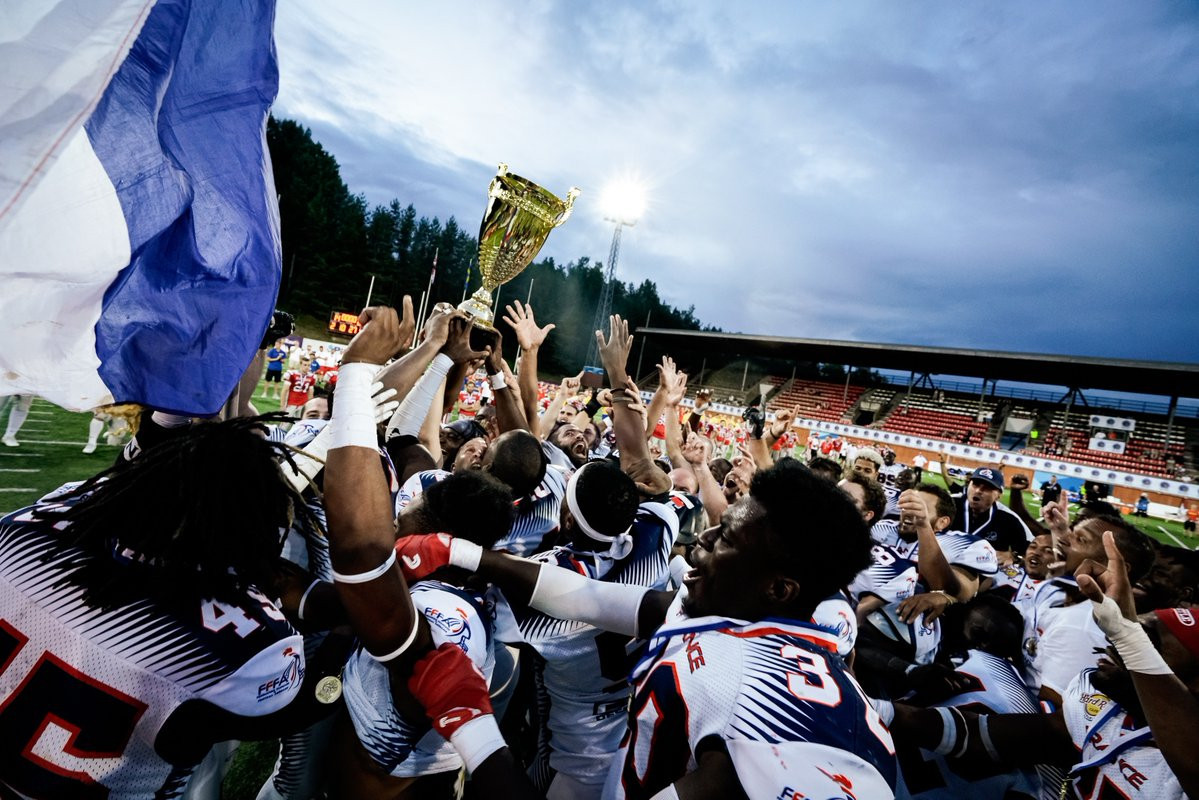 France have won the European American Football Championships in Vantaa in Finland today with a 28-14 win over Austria in the final to take their first title.

The two sides met in the gold medal match at Myyrmäen jalkapallostadion after each winning their groups earlier this week.

The French quarter-back Paul Durand was given the most valuable player award for both the final and the tournament on the whole.

At one point the game was tied 14-14, but a strong play by Durand set up a touch down for Jefferson Alexandre and the Austrians were unable to respond.